Apple released its new iOS 16 software on September 12, which can be installed on iPhone 8 or newer devices.

Just like any other iOS update, iOS 16 comes with exciting new features and bug fixes. Some of the features include the ability to unsend and edit iMessages, schedule emails, customize iPhone’s lock screen, and many more.

However, the exclusion or removal of certain features has displeased some users in the Apple community.

An example of this is where wallpapers are missing light/dark versions following the update to iOS 16 (1,2,3,4).

Earlier, most of the stock wallpapers had a light/dark version so that the wallpaper would change based on the theme of the device.

This was quite helpful as iPhone users didn’t have to stare at a bright wallpaper while the device’s theme was set to dark mode.

However, with the iOS 16 update, Apple has removed the light/dark wallpaper sets, and only includes either light or dark wallpapers that don’t change with the theme.

The only exception to this change is the new Earth live wallpaper that changes its theme from light to dark based on the time.

Can’t use my old favorite lights/dark mode Apple wallpapers with iOS16 new wallpapers. They don’t show up as an option in photos. Any way I could get this to work? Redownloaded the image still won’t have the light/dark Functionality
Source

Making matters worse, the update also does away with the “Dark appearance dims wallpaper” feature that would dim the wallpaper based on the ambient light.

Fortunately, the workaround below can potentially help you mitigate this issue, albeit not quite perfectly. It involves downloading the stills from this iOS wallpaper archive and use the trick below to apply “dark mode”:

The only workaround I’ve found is to make a focus mode that turns automatically (via Shortcuts) on at the same time as a dark mode with the dark mode wallpaper you want. Clunky as hell but seems like it will work.
Source

Even though there is a workaround available to you, it can’t truly make up for how easy it was earlier for iOS users.

05:11 pm (IST): Below is a YouTube video that shows how you can set dynamic wallpapers on your iPhone running iOS 16. 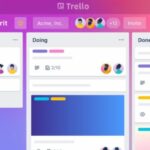