[Update: Next Pixelbook cancelled] Is Google Pixelbook joining the list of 'Killed by Google' products?

Windows and macOS have rightfully dominated the PC market for years. But Google’s Chrome OS is beginning to cause a major disruption, even managing to eclipse Apple’s macOS as the second most popular platform.

Reports from a year ago revealed that Chrome OS, which is the operating system that powers Chromebooks, managed to skid past macOS with a market share of 14.4% in Q4 2020, only behind Windows’ 76.7%.

With a market share that’s only projected to grow further in the next decade as more students continue embracing these affordable PCs, one wonders why Google isn’t making efforts to refresh the beloved Pixelbook from 2017.

Sure, Google did unveil the Pixelbook Go in 2019, but many saw this as a mere stopgap, perhaps as the company planned for the actual Pixelbook 2 to succeed the original model from 2017.

Current Pixelbook owners still have good things to say about the Chromebook over four years down the line. Not often that Google’s hardware gets to be praised, but the 2-in-1 laptop’s design still sits well with many.

At the time of its launch, the Pixelbook specs were almost an overkill for a Chromebook, perhaps the reason the device is still holding out fine for those still rocking it.

There are quite a good number of positive comments on the Pixelbook subreddit, with almost every current owner having no problem recommending it to the next person.

While the fact that Google is still pushing regular Chrome OS updates to the device makes it even more future-proof (v97 the latest to arrive), having been around for over four years means end of support is edging ever closer.

Some may still be holding onto their Pixelbook for its sheer quality and performance. Others probably because it’s still getting regular Chrome OS updates and general support.

But it’s also possible some still have it probably due to the lack of an upgrade alternative that is equally good or a better Pixelbook since the 2019 Pixelbook Go is a definite downgrade.

There have been rumors of a refresh. This was to happen in the fall of 2020 or at least last year, but nothing materialized. Of course, like everything else, Google can blame COVID-19 and probably even get away with it.

Those eagerly waiting for the Pixelbook 2 were even more disappointed when it emerged that Google had no plans to refresh the series this year. This means yet another year without a new Pixelbook.

So, what gives? Is Google looking to discontinue the Pixelbook series or should there be hope that a Pixelbook 2 is still in the pipeline?

At this point, it’s anyone’s guess. But even with these uncertainties, fans of the Pixelbook are still not giving up, with some even already drawing up their wish-list for the next-gen model.

No doubt the Pixelbook has plenty of admirers out there — the kind that’s often associated with Apple MacBooks and Microsoft Surface laptops. However, it won’t be for so long owing to the age factor.

While the device’s regular updates mean it’s still a top performer, not even the recent addition of Android apps support is enough to keep it going for the next 5 or so years.

As noted, age is catching up with the specs that once were an overkill, which means the Pixelbook won’t always remain as snappy as it once was. If anything, time is prime for the Pixelbook 2 to arrive.

Whether Google is cooking up something still remains unknown. But given the seemingly huge success the debuting model has enjoyed coupled with the growing Chrome OS market share, Google better be working on something.

We recently saw Apple unveil an M1-powered iPad that aims to match the performance of the M1 MacBook. Is Google also working on how to bring the impressive Tensor chipset to the Pixelbook hence the delayed refresh? Well, your guess is as good as mine. But my hope is that the Pixelbook series isn’t going to join the growing list of ‘Killed by Google‘ products. It would be a huge shame for such an awesome product to die.

Feel free to join in the conversation via the comments section and Twitter poll below. Results of the poll will be revealed after a week of voting.

[POLL] With no refresh in years, should Google discontinue the Pixelbook series?

The results for the poll are out, with 50% votes going in favor of ‘No’, while the remaining 50% indicated the voters don’t know about Pixelbook. In case you missed the poll, you can still share your thoughts in the comments section at the bottom of this page.

03:49 pm (IST): It looks like Google is getting out of laptop business as the company has reportedly cancelled its next Pixelbook laptop and also shutdown the team that was working on it. More on that here. 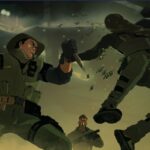 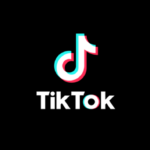