Sony recently rolled out PS4 system update v10.0 which upgrades some of the features for the Remote Play and more.

This new update now lets PS4 owners use a keyboard on their PC or Mac while using PS Remote Play. It has also improved its zooming functionality while browsing.

Despite all of this, v10.0 update is causing multiple issues for some PS4 owners.

Outstanding, PlayStation you outdone yourself this time now after we update we have to redownload all our dlc’s again that’s just fucking great. I appreciate having to do so when i wanted to play my game, instead I’ll have to let this shit download for an hour.
Source

today i downloaded the 10.0 system update and when I finished installing it all my downloadable dlc got uninstalled, i didn’t lose any data but I got very frustrated, does anybody know why?
Source

It seems that the v10.0 update automatically uninstalled some of the add-ons from the games in PS4 consoles. Consequently, players are now unable to access or play their favorite games.

Last night I received an update on my ps4 to update to software 10.00. It downloaded the update and restarted and booted up into the update screen just to be told it’s experiencing error su-30677-3. How can I fix this and who else is having this problem?
Source

So I updated my ps4 and then when it’s turned back on it shows error code su-30746-0 and is now stuck on that screen, if anyone knows how to fix it it’d be greatly appreciated
Source

Fortunately, there are respective workarounds for both issues that can possibly help fix them. Those affected need to restart the PS4 console manually in order to get rid of the error codes.

Those who lost their DLCs and add-ons can try re-downloading them.

What I had to do in the end was delete it and redownload. Posted here in case anyone got the same bug!
Source

It seems that Sony is unaware of the PlayStation 4 missing DLCs and error code issues. You can only try fixing them temporarily with the help of workarounds provided above.

That said, we’ll keep tabs on further developments and update the article as and when the team acknowledges these issues or comes up with a definite fix. 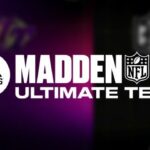