If you like exploring and listening to new songs, chances are you’ll hear a lot of them packed with profanity. It is in such cases that censorship comes into the picture.

Likewise, Apple Music believes in the practice of censoring disrespectful and distressing words as well. This is probably done with the view of safeguarding people’s interests and sentiments.

However, it has been observed that for some reason, Apple Music only censors the N word from lyrics of songs. But we don’t really see that happening with other equally derogatory slurs.

This pattern has triggered a number of people as according to them, there are far more disturbing cuss words that casually escape the shackles of Apple Music lyrics censorship.

So on Apple Music they are allowing some derogatory slurs but not others? This is a common thing on Apple Music where they will block out the word nier but not the word faot on music tracks. Both are equally offensive no?
Source

Hello – I’m wondering why certain words are blocked out as being offensive and others are not? On this song the ‘N’ word used toward the African American community is blocked out. However the ‘F’ word used toward the gay community is not. I find both words equally offensive and in my opinion both should be blocked out. Who can I contact at Apple to either ask for clarification and/or make them aware? Thank you.
Source

Surprisingly, Spotify doesn’t censor out the N word from lyrics of the same songs. So, it becomes quite a shocker when the N word gets censored from the lyrics on Apple Music.

For reference, below are screenshots of part of the lyrics from 2Pac’s Hit ‘Em Up on either platform. Click or tap to enlarge the image.

The inconsistency with which derogatory words get censored also points to the fact that it belittles and disrespects an artist.

If anything, Apple blacklisting the N word in lyrics is quite absurd given that it doesn’t even change the originality of the song.

Evidently, this behavior in Apple Music lyrics isn’t exactly new and it’s highly unlikely for them to stop censoring such words entirely.

But we can hope for a feature or a toggle that allows users to uncensor profanity based on their comfort and preferences. This will surely grant freedom to those with no problem having the N word and other slurs in lyrics.

Having said that, it’ll be interesting to know your opinion on having an option to uncensor lyrics in Apple Music. So let us know by voting on the poll below, with the results to be shared after a week.

Should Apple add toggle to uncensor the N-word and other slurs in Apple Music lyrics?

Vote below & read our article here:https://t.co/xNyYI6wbr1

05:43 pm (IST): Poll results are out and around 89 percent of our readers believe that Apple should certainly add a toggle to uncensor the N-word, while the rest 11 percent think there’s no need.

In case you’ve missed our poll, you can still share your thoughts in the comments section below. 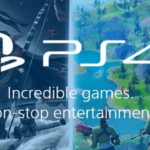