PlayStation 5 (PS5) DualSense controller not updating? You're not alone

PlayStation is without a doubt the most popular gaming console brand in the market. Millions of gamers rely on their series of consoles to enjoy their favorite games and spend time with friends and family.

PS5 users recently received a software update that brought some new features and 1440p support. Generally, these require the controllers to be updated along with the console.

Many PlayStation 5 users (1,2,3,4) have recently been reporting an issue where they are unable to update their DualSense controller to the latest version.

According to reports, the ‘Update now’ option appears grayed out for many users. When they click on ‘Update later’, the controller shuts down completely.

but I still cannot hit the “update now” button. I cannot access my PS5 either, as hitting “update later” just turns off the controller
Source

“update now” option is grayed out so I choose the “update later” option and shuts my controller down.
Source

The update process requires users to connect their DualSense controller to their PS5 using a compatible USB cable. But in some cases, the console isn’t recognizing the controller even after plugging it in.

Some have tried unchecking options like ‘Communicate via Bluetooth’ and using ‘USB only’ for connectivity but the issue still persists.

What’s even more frustrating is that the update is mandatory for users to keep using their DualSense controllers. This essentially makes their controllers useless, at least for the time being.

Someone was able to resolve the issue by switching to a different USB cable. If you have multiple cables lying around, you can try switching between them for a potential fix.

It appears that support is still unaware of the issue where the DualSense controller is not updating for PlayStation 5 users.

We’ll keep an eye on this problem and update the story to reflect the latest developments. 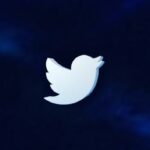