It was done with the view of maximizing users’ control and flexibility of their devices. But it seems that it started off on the wrong foot.

Apparently, Oculus Quest users started facing issues as soon as they merged their accounts with Meta. They are now unable to view their profile and any function that is prompted ends with a stuck loading error.

my account won’t load on my quest 2 and I tried everything and won’t even work. I had spent more than $200 on games and can’t even use my quest account
Source

My headset came up with this error when I went to look at my profile (through quick settings) I’ve tried a factory reset. Same issue. It has the account in the accounts settings but checking the profile still has the same error.
Source

While playing games or loading the library, users stumble upon an error accompanied by a black screen. The loading screen or the logo screen then stays there as it is with the 4 dots.

Sometimes, players get kicked out of the game while asking them to connect to the device. But they still don’t get to play the game even after connecting and restarting the headset repeatedly.

There is a higher possibility that the issue aggravates when Facebook and Meta accounts are merged together.

Fortunately, we came across a workaround that seems to have fixed the issue temporarily. It involves connecting Oculus Quest device with your phone’s hotspot.

According to an Oculus community member, affected users can also try the following steps:

Unfortunately, the team doesn’t seem to be aware of the issue. So, those who are affected can try the above-mentioned workarounds for now.

We’ll keep tabs on further developments related to the issue where Oculus Quest is not loading users’ accounts and update the article accordingly. 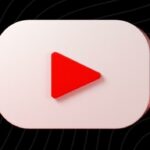 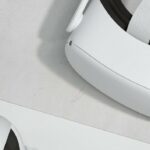