With the new API 33 available in Android 13, Google has made some new changes to its media player such as a bigger Play/Pause button that’s now separated from the Previous/Next buttons.

According to Google, the new media player design in Android 13 is inspired by its Material You theme.

However, not every media player has so far adopted the new design, including leading names like Spotify. And now, some users are requesting Spotify to provide support for the new Android 13 (API 33) media player (1,2).

In the new-look media player, when you’re listening to music, it spotlights album artwork and has a playback bar that dances as you progress through a song.

Simply said, when you are listening to a song on apps such as YouTube Music or Spotify, the cover art from the album will be showcased instead of the theme that we are used to now.

Here’s a Spotify-themed concept media player shared by a user.

Google has released Android 13 for Pixel users but not every app has been optimized for the new media player just yet.

Google Podcasts, Chrome, YouTube Music, and YouTube are the only four apps that are currently optimized for the new media player. And now Spotify users want in the fun as well.

As it turns out, this request has been marked as a new suggestion by Spotify’s team on the official forums and said that their staff will look into this idea once it reaches the necessary number of votes.

So, anyone that wants to see this feature get released soon should go and vote on the Spotify Community forum post.

As always, we will be updating this space as and when we come across more information so stay tuned. 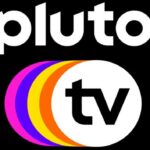 [Updated] Pluto TV down or not working on Android-powered devices? You're not alone 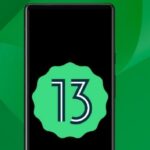 Google Pixels on Android 13 freezing or becoming unresponsive to touch, buttons or fingerprint sensor for some users