Email signatures add a nice touch and make it easier for recipients to contact you back. Your name, designation, contact number, and other details can be included in your signature.

Adding it individually to every single email you send can be a tedious task so there is a feature in MS Outlook where you can pre-save your signatures for different email addresses.

However, some MS Outlook users are facing an issue where signatures have disappeared or are completely missing after the update to Office v16.63 on Mac (1,2,3,4).

After installing the update to v16.63 (2207500) on Mac, Outlook users saw their saved signatures from all email accounts disappear.

Users tried the ‘+’ button in the edit section to add new signatures but even that feature is bugged after the latest update.

However, switching back to legacy Outlook restores the signatures, and they were also able to edit and add new signatures.

Fortunately, Microsoft support is already investigating this issue, but an ETA for a fix has not been revealed yet.

That said, there are potential workarounds that can help mitigate this issue for the time being.

Another one that was suggested in the Microsoft community forum was to just untick the ‘New Outlook’ button under the main file selection and it will close Outlook and restart it in the old version.

As always, we will keep track of further developments on the matter and let you know as and when we stumble across more information so stay tuned.

05:02 pm (IST): Microsoft support has confirmed that the issue with signatures disappearing or missing has been resolved in v16.64 for Mac.

Note: We have more such stories in our dedicated Microsoft section so be sure to follow them as well. 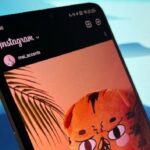 [Update: White screen too] Instagram stuck on black screen for many Android users (potential workaround inside) 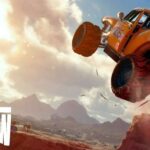