Twitter has grown exponentially in its stature and popularity since its inception back in March 2006.

While retaining its original look and feel, Twitter developers have added new features on a regular basis that have kept the platform fresh and helped in user retention.

But lately, users have been facing issues like not getting any notifications and tagging normal tweets and photos as sensitive content.

Twitter followers counter stuck even after getting new followers

According to recent reports, Twitter users are facing an issue where their followers count or rather the number of followers is stuck even after receiving new followers (1,2,3,4,5).

Ideally, the number should increase whenever one gets new followers, but the bug prevents the counter from adding to the current number of followers. As a result, the number displayed on their profile remains unchanged (1,2,3,4,5).

@TwitterIndia @Twitter @TwitterSupport few hours back my twitter handle was running efficiently with the respective no of followers i.e 257 and following individual 800 but suddenly they disappeared, kindly restore the followers and following person lost
Source

How is this possible @TwitterSupport according to my notifications I got 13 new followers today and I followed every one of them back. @elonmusk please buy this app they seriously need help. This is the 3 time its done this LOL.
Source

People complaining about this problem are generally confused and wondering what’s the reason behind it.

As it turns out, Twitter support has finally acknowledged the issue where the followers counter is getting stuck and said that they are working on it. However, they did not share any timeframe of when it will be fixed.

We hope Twitter fixes the bug as soon as possible. Until then, we will be keeping an eye out on the matter and update this space as and when we come across more information.

10:55 am (IST): Twitter support has now confirmed that the issue with follower counter has now been resolved.

We learned that follower counts were showing up incorrectly for some of you because of a problem affecting our internal systems. It’s been fixed and you should now see an accurate follower count on your profile. Thanks for sticking with us! (Source) 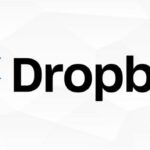 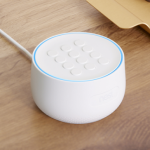