It’s been several months since Google released the second-generation Google Nest Hub, but there are plenty of people still using the first-generation model released a few years ago.

In an effort to keep owners of the original model (previously known as Google Home Hub) happy, Google even went ahead and gave them a Fuchsia OS treat ahead of the Nest Hub 2 that boasts built-in sleep tracking.

With Fuchsia OS, Google finally has an OS built from scratch running on its smart display. But like any other major firmware overhaul, it seems a few bugs managed to sneak past the testing phase.

It’s only been a week or so since 9to5Google reported that Fuchsia OS had finally left the preview phase and was available for every owner of the Google Nest Hub.

Naturally, we are beginning to see user reviews flying around to follow-up on the many reviews from renowned players in the industry that have been here for a while now.

And while some Nest Hub owners have had some glowing things to say about Fuchsia, not everything about the update is rosy.

Apparently, some Nest Hub units are still facing a connectivity issue where the device throws a ‘Check Internet connection’ error message when other devices on the same Wi-Fi network are perfectly fine.

Check out the image below shared by a Redditor for context.

And here are some of the comments on the Reddit thread:

Nest Hub says this almost all the time. WiFi is working on other devices. This disappears with a restart but reappears about 5 minutes after. Any ideas?

This happens frequently with our hubs (some closer to the router, some farther). They usually get fixed on their own, or I restart it. I’ve tried the uninstalling and readding to the Home app, and honestly, that’s made no difference.

Make no mistake. This isn’t an issue with Fuchsia OS, but it has been here before this update. What’s unfortunate about the Fuchsia update is that it still doesn’t address this issue.

But the good thing is that someone seems to have found a workaround that has solved the problem for a few of those affected.

But like many other unofficial workarounds, this quick fix hasn’t solved every ‘Check Internet connection’ error message on the Nest Hub.

Apparently, some of those affected are missing the Settings cog in the Home app, meaning they can’t do any of the above.

On the brighter side, you can restore the Settings cog by rebooting either the affected Nest Hub, router or both.

Of course, Google still has plenty of polishing to do before Fuchsia even makes it to the second-gen Nest Hub. Essentially, the original Nest Hub is being used to stabilize the OS before its newer and shinier sibling bags it.

We expect future updates to further address this issue alongside any other that may be affecting Nest Hub owners on Fuchsia OS.

06:05 pm (IST): A community specialist has acknowledged the issue and said that they are currently investigating it.

11:20 am (IST): While there’s still no ETA for a definitive fix, a community specialist has now shared a potential workaround that can help you resolve the network error. You can check it out below. 11:49 am (IST): Google Nest support team has once again assured those affected that the team is currently investigating this issue. But there’s still no ETA for the fix.

11:56 am (IST): In the recent acknowledgement, a community specialist said that they are still working to resolve the network issue with Google Nest Hub. And yet there’s no ETA for the fix.

My apologies for the lack of updates here. The team is still looking into this issue and I haven’t received any updates as yet. I’ll continue checking in with the team and share any updates I receive. I understand this issue has been happening for quite some time and has been a rather frustrating experience. Thank you for your patience while our team works through this. (Source) 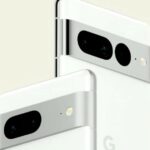 [Poll results out] Opinion: Google Pixel 7 buyers could be in for a major treat if Android 13 is as good as on Pixel 6