One UI 5.0 is the next major update for Samsung mobile devices. The new software is based on Android 13, the latest version the OS.

As is often the case at the beginning of every major update, there is first a beta stage. During the beta stage, testers will receive multiple versions to detect, report and fix bugs.

Samsung One UI 5.0 beta 1 has been available for several days in Korea. Testers are currently waiting for the arrival of beta 2 update.

However, it seems that the rollout of beta 2 has been delayed, which subsequently affects the start of the beta program in other countries.

The confirmation of Samsung’s One UI 5.0 beta 2 update delay occurred through the Samsung support forums in Korea.

Some users made posts asking about the beta 2 update delay. Apparently, it should be available by now considering previous update releases.

How long does the 2nd beta originally take? Does beta 2 take this long in the first place?
Source (translated from Korean)

Later, a Samsung Community Manager responded to some of the posts on the matter to confirm the delay in the new update rollout.

hello. We are in charge of beta operation. We are trying to maintain the release interval, but we ask for your understanding that there may be changes depending on the situation. Even if it is inconvenient, please wait a little longer and we will publish the second version soon. thank you
Source (translated from Korean)

Ice Universe (a reliable Samsung product leaker) also offered more details on the matter. And apparently, the delay in rolling out beta 2 update for One UI 5.0 testers could be due to ‘a bug in the system animation’.

Due to a bug in the system animation, Samsung has delayed One UI 5 beta2, which is expected to be pushed out next Monday.
Source

However, testers won’t have to wait too long according to Ice Universe. The next One UI 5.0 beta 2 update should arrive next Monday, although this has not yet been publicly confirmed by any Samsung representative.

While the beta versions are expected to have certain bugs to fix, it seems that Samsung wants to deliver a more polished animation system with beta 2 going forward.

Also, beta 2 update could bring icon design changes, according to some sources. Some of the icon changes are shown below:

The delay in Korea affects beta rollout in other countries

As expected, the delay in Samsung One UI 5.0 beta 2 for Korea also affects the update schedule for other regions.

At first, One UI 5.0 beta testing program was set to start in China on August 23. But due to this beta 2 delay, those in China and other Asian countries will have to wait a bit longer.

However, it is quite likely that markets outside Korea will receive beta 2 directly, so users will be able to test a more polished software from the start.

11:18 am (IST): Samsung has now released One UI 5.0 beta 2 update for Galaxy S22 owners in Korea. It can be identified with firmware version S90xNKSU2ZVHK. 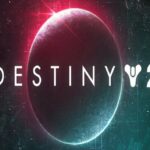 [Updated] The Form of The Danger Exotic quest in Destiny 2 not progressing for many, issue acknowledged