Google Wallet is a payment system that acts as a virtual wallet and allows its users to make payments and transfer money directly from their mobile devices.

Users can add a certain amount of money to their wallets and spend it on various online and offline platforms. It is available on iOS, Android, and Wear OS.

According to multiple reports, many Google Wallet users are unable to add Mastercard on Wear OS watches via the app on their phones (1,2,3,4,5).

In order to add a credit or debit card via the watch, users have to do it on the Google Wallet mobile app. Once the app is opened, a user needs to fill in the card details and then it would be added to their Google Wallet.

But in the case of Mastercard, even after completing all the steps to add a card, users get a message that says ‘Something went wrong’ and ‘Try again in a few minutes’.

This issue is really frustrating as users are able to add a credit or debit card to their Google Wallet from all other providers like Visa and American Express without any problem.

Yes, it looks there’s a problem with Mastercard credit or debit cards.
A few weeks ago, I had all my cards added to Google Wallet in mi Samsung Watch4: VISA, Mastercard and American Express, but I had to reset my watch and when I tried to add all of them, only the Mastercards fails. I got all of them in my phone, but in the Watch, all except MASTERCARD ones.
Source

I have the same issue. My card works on my Samsung phone Google wallet and but i can not add the card to the Samsung watch 4.. It says ” something went wrong try again in few minutes ” it has been 3 days now…
Source

While some suggest that a recent update fixed this issue for them (1,2) others say that they are still facing this issue even after the latest update.

Hi Xander, I’m on version 2.150.469330213 – Updated 22 Aug 2022 (in Ireland). Can you let us know the version we are supposed to be on? I still haven’t been able to add any cards to my Galaxy Watch5 Pro as of this morning. I even tried removing a card completely from my Wallet (on the phone) and adding this in the watch, as suggested by others, but to no avail. It was a Visa Debit card as many were stating issues with MasterCard.
Source

As it turns out, Google is aware of this issue that’s caused by Mastercard not “tokenizing” and is currently investigating it. However, there is no timeframe for when it will be fixed.

Meanwhile, there is a potential workaround that involves reactivating the Google Pay application on your watch and then trying to add the card again.

You must reactivate the Google Pay application on your watch and add the card with it to work around the problem.
Source

If the aforementioned workaround helped fix the Google Wallet issue, do let us know in the comments down below. 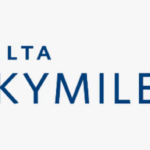