HBO Max is one of the most important content streaming services out there. It faces other big names in the industry like Netflix, Disney+, etc.

Recently, the platform received one of its important launches: season 2 of Euphoria. But, it seems that this is not going as well as expected.

According to multiple reports that have emerged in the last few hours, HBO Max app is crashing right in the middle of the premiere of Euphoria season 2, which is frustrating many users who were waiting for it.

HBO Max app crashing at the premiere of Euphoria season 2

Apparently, the HBO Max app is constantly crashing for several hours, just when millions of users of the service expected to enjoy Euphoria season 2.

Taking into account the situation, it is possible that the crashing is due to the large number of users who were streaming the long-awaited series at the same time. After all, Euphoria is one of the most popular on the platform.

However, the latter is just a suspicion that has yet to be officially confirmed. At this time, HBO Max has not issued any official acknowledgment related to this matter.

This problem is only emerging in the last few hours, so there is still much that is unknown. Probably, this will go on like this until the company makes a public statement about it in the next hours.

In the meantime, we will update this article once new developments related to the crashing issue in the HBO Max app emerge. So, if you want to stay informed about when it will be fixed, stay tuned with us.

Finally, you can also check the bugs/issues tracker dedicated to HBO Max.

01:01 pm (IST): HBO Max support has confirmed that they’ve resolved the issue where the app was crashing.

Hi, our team has resolved this issue. Please let us know if there’s anything else we can help you with. Thank you! (Source)

11:09 am (IST): Many HBO Max users are again reporting that the app is crashing when watching season 2 of Euphoria.

On the brighter side, HBO Max support on Twitter has already acknowledged this issue and said that they are working to fix it as soon as possible.

08:35 am (IST): It appears many HBO Max subscribers are facing an issue with the service because the servers went down just as the season finale of Euphoria dropped.

The App was down for the first 15 min of Euphoria. (Source)

@hbomax no one can watch anything because your servers are down. So over this. (Source)

Luckily, things seem to have started stabilizing already as we haven’t come across fresh reports within the past few minutes of this update.

10:40 am (IST): HBO Max on Twitter has also confirmed to users that the issue with their app has been resolved. That means users can now watch the season finale of Euphoria without any issues.

09:33 am (IST): Now many HBO Max users have been facing issues while trying to watch the 1st episode of ‘House of the Dragon’, the new Game of Thrones spin-off series.

According to multiple reports (1, 2, 3), HBO Max app is crashing when users try to load the episode. Fortunately, the HBO Max team is already aware of the problem and they recommend closing the app and restarting.

If the HBO Max team suggestion doesn’t work for you, there are a couple of additional workarounds you can try:

For everyone with a firestick (THIS IS IF YOU DONT HAVE SCREEN CAST CAPABILITIES) Go to the Amazon app store and download an app called AIRCAST. Install it, and then open the HBO max app on your phone and hit the cast button (Phone and Firestick must be on same Wifi Network) VIOLA! Working beautifully for me.
Source

Make a new profile on your hbo max account and it works! Delete a profile and remake it if you have to
Source

03:51 pm (IST): If you are facing crashing issue with HBO Max while watching House of Dragon, then here’s an official workaround to fix it.

Hi there! To help with the crashing issues you’re experiencing, please go to any other show/movie on HBO Max, turn off subtitles/captions, and then try streaming House of the Dragon again. Let us know if that helps! ^VM (Source)

09:36 am (IST): HBO Max support has confirmed that the recent issue with their app has been resolved on Fire TV Stick and users will now be able to watch House of the Dragon.

Good news! You should now be able to watch from your Firestick now, enjoy your show! If you have further questions for us just let us know. Best, ^GB (Source)

Reddit links not opening externally ('No apps can perform this action') on Android? Try this workaround 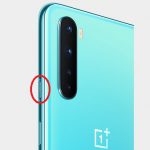