[Updated] Facebook page jumps or scrolls to top when pressing Backspace Key while commenting? You're not alone (workaround inside)

Facebook is one of the most popular social media networks in the world. Founded in 2004, the platform has more than 2.89 billion monthly active users. But Facebook users are now reporting (1,2,3) an issue where the page jumps or scrolls to the top when using the Backspace key while commenting.

It looks like the problem is affecting only those who are accessing Facebook via web browsers. The bug is making it impossible to comment on long threads since the page navigates to the top in an instant.

Generic solutions such as clearing browser cache, disabling extensions, and even resetting browser settings are not making any difference. Below are some reports from Facebook users who are tired of the backspace key making the page jump to the top while commenting.

Odd problem: Edge browser jumps one page (scroll) on Facebook when typing first char of a comment, or pressing backspace/del
…effectively hiding the text field, forcing me to rescroll back up and try to avoid typos to not press backspace. It doesn’t happen on my other PC with Edge, and it doesn’t happen on Firefox. I tried sample text fields on react tutorial sites and it doesn’t do it there, only on Facebook. So it’s quite specific. I am suspecting extensions but I already tested whitelisting facebook in the ad blocker, disabling all extensions all and resetting the browser settings. I wonder if someone else experienced this very issue and has an idea what is causing it?
(Source)

When typing comments in Facebook using Chrome or Microsoft Edge, if I use the backspace key on my keyboard, the entire window jumps up a page so where I was typing is now just off the top of my screen and I have to scroll up to see what I’m typing and if I have to use my backspace again, it scrolls off the top, again. Is anyone else’s Facebook page jumping like this? It only happens on Facebook too by the way.
(Source)

While Facebook is yet to comment on the matter, we did come across a workaround that seems to be helping some. It involves pressing the Shift+Enter combo to break line before typing the first paragraph.

I’m having this problem on edge and chrome and have seen references to Vivaldi and Opera. I discovered that if you paragraph (shift/enter) first it doesn’t do it.
(Source)

As always, we will be keeping an eye out on the matter and update this article once Facebook fixes the issue so stay tuned.

12:42 pm (IST): A product expert has provided an explanation for this issue along with some possible solutions that may help the affected users. You can read the full statement below:

10:52 am (IST): Many users are now reporting (1, 2) an issue where the cursor is jumping all over the place on the Facebook website while typing. Moreover, some are reporting weird typing bug even on the mobile app.

A Google product expert has shared a possible workaround for Gboard users. You can try and see if it helps.

12:21 pm (IST): One of our readers has suggested that changing the zoom setting to 90% has fixed this issue for them. Thus, users can try this as a potential workaround and see if it helps.

Thanks for the tip: Susan Blanton Riner!

06:42 pm (IST): A user reports that the issue was occurring because he had changed the ‘text size’ of the OS. The issue was fixed by going back to the original font size (100%).

You can access the ‘text size setting’ (Windows OS) from the following path:

05:11 pm (IST): Firefox support has confirmed that their team is currrently investigating the Facebook scrolling issue. However, there’s no ETA for the fix.

Furthermore, they are still investigating whether this issue is on their end or Facebook’s. The issue is probably at Facebook’s end as there are similar reports from users on other browsers too.

Hi Keith, the bug is still open. I’m pretty sure our team is still investigating whether this is a bug on our side or Facebook’s side. (Source)

Note: We have more such stories in our dedicated Facebook Section so be sure to follow them as well. 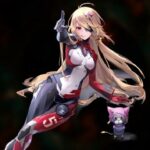 Tower of Fantasy 'Nemesis banner' disappeared ahead of time? Here's the official word

[Updated] FuboTV not working, glitching, or getting stuck in loop on Root Sports channel for many