[Update: iOS issues] Tower of Fantasy keeps crashing on PC & mobile for many

Tower of Fantasy is an open-world action RPG set in an anime-inspired post-apocalyptic sci-fi world. Players can explore an exciting open world and use unique characters to fight enemies.

Launched on August 10, the game is available on PC, iOS, and Android and is currently experiencing a rise in popularity.

Tower of Fantasy keeps crashing on PC and mobile

However, Tower of Fantasy players are reporting that the game has been constantly crashing on PC and mobile (1,2,3,4,5,6).

When you launch the game and enter a server, a loading screen appears but crashes immediately after. This is not an anomaly as it happens repeatedly for many players.

This constant crashing causes players to lose progress in the game and has become quite an annoying issue.

I’ve fully reinstalled on 2 different drives, ran as admin, allowed through anti-virus, used a vpn, and I still crash at the same part after launching the game every time. I click launch on the launcher, the game opens and begins loading, the bar at the bottom jumps and freezes at 33% every time then subsequently crashes. It’s likely not hardware or os issues. If anyone has an idea lmk
Source

Many speculate that the potential reason for these crashes could be servers’ inability to cope with the rising number of players.

This is a common issue with many games that are launched with so much fanfare as players all around the world want to play them.

This also doesn’t seem to be a platform-related issue as players both on PC and mobile are currently affected.

Fortunately, Tower of Fantasy developers have admitted that their servers are facing high traffic due to which many players are unable to play the game. However, they did not share an ETA for a fix yet.

That said, we will keep an eye out on the latest developments regarding this issue and update this story as events unfold.

09:46 am (IST): Tower of Fantasy support has acknowledged the server maintenance issue and confirmed that they are working to resolve it.

And this could be the potential reason for the game crashing. So players can check if crashing issue is resolved once the server maintenance is complete.

01:35 pm (IST): Soon after Tower of Fantasy was released on iOS, many gamers began complaining about different kinds of issues with the game.

Players reported issues where the game keeps crashing for them or its stuck on black screen. Moreover, players say that they are getting ‘Update error’ and ‘Login exception error’.

Lastly, some also reported 2618 error which is caused due to server overload. However, this issue appears to have been resolved now.

03:51 pm (IST): Here’s a potential workaround for PC players to fix the crashing issue. You can try it out and see if it helps.

Workaround: putting graphics on low and turning off anti aliasing actually worked for me i still crash but now the game is playable xD (Source)

12:12 pm (IST): Responding to a player regarding the crashing issue on Tower of Fantasy, the support team asked them to make sure they have enough free storage on their device.

However, the crashing issue is also bothering those who already have adequate storage on their device. This suggests that devs are still unaware of the root cause of this issue.

12:00 pm (IST): The latest August patch for Tower of Fantasy includes a fix for the issue where the game is crashing during login on iOS. 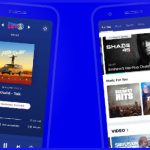 [Update: Outage] SiriusXM app down and not working on Android, fix being worked on