DJI is one of the best known names in the segment of remote controlled drones and action cameras. The company offers a large catalog of products that occupy different ranges and price segments.

DJI offers from simple drones to drones with cameras to monitor the journey. The camera not only serves to follow the device but also to record video, achieving impressive results.

The company also has multiple apps that allow you to control your devices as well as edit videos. For instance, through the DJI Mimo app you can control many of the brand’s drones.

However, it seems that a recent update brought a lot of problems to users of Android 12 mobile devices.

According to multiple reports, DJI Mimo app is broken or crashing on Android 12 after the latest v1.7.24 update.

Some DJI owners are reporting that they are unable to use the Mimo app as it is crashing when trying to open it on Android 12 smartphones. The DJI Mimo app v1.7.24 update brought the problem.

I am having a problem activating my new DJI Pocket 2 Creator Combo. I have installed MIMO app multiple times and it keeps crashing.

Mimo App Is Broken On Android 12

The Mimo app does crash on opening since I installed the Android 12 update on my Samsung A32. DJI, can you fix this? I will travel with my Osmo Pocket next month and I tend to rely on the Mimo app.
Source

The problem is happening even on devices explicitly listed among the models compatible with the app.

I have verified my Pixel 3XL is listed as compatable at https://www.dji.com/downloads/djiapp/dji-mimo and I have Android 12 installed.

Some reports confirm that the app continues to work without problems on older Android versions.

Okay so it worked on my old beaten pixel 2 running android 10. However I need for it to work with Andriod 12 as I will only carry one phone on my endless summer in Latin America beginning in about a month.
Source

There is no official acknowledgment of the issue from the DJI team yet. Some DJI forum moderators even suggested that the problem could be with the smartphone and not the app.

Pending an official pronouncement, there is a workaround that has helped some users. Basically, you have to download the JDI Mimo app from the company’s official website (via this link).

Then you must activate the permission for your Android device to allow installation of apps from unknown sources (the warning will appear when you try to install the app) and, finally, complete the installation.

In the following video you can see how the previous steps solved the problem. So, there is a possibility that a corrupt file has been mistakenly uploaded to the Play Store.

If you already have the broken DJI Mimo app installed, it is recommended to first clean all its data and cache, then uninstall it and reinstall the app from the DJI website.

03:43 pm (IST): A super moderator on the DJI community has suggested that those affected can try installing the latest version (1.7.26) of the app and see if the crashing issue is fixed.

Thank you for your response. Can you please confirm what DJI Mimo app version are you using? Can you please try to reinstall the one showing on our website right now? Please keep us posted. Thank you. (Source) 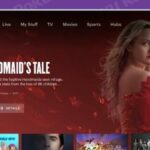 Hulu app crashing when accessing 'My Stuff' on Roku still under investigation, no ETA for fix 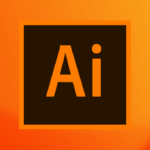 [Updated] Adobe Illustrator click & drag fails or not working after v26.4.1 update, fix in the works