Chime bank is an American fintech service that seeks to provide easy access to the financial system without all the complications that opening an account at a bank may entail.

Unlike traditional banks, Chime does not have physical branches, so its customers manage their accounts online. The service even offers a free Visa debit card to use your money.

According to multiple reports, many users who were supposed to receive a Walmart direct deposit through Chime are still waiting for their money.

Anyone else not receiving their direct deposit today? I can’t tell if it’s Walmart or Chime with the issue. I’ve seen people say that they’ve called Chime and there’s an outage. However; when I called they said everything’s fine and they’d let me know if there was some kind of outage. So are people just liars (obviously) and it’s Walmart payroll being lazy because of the bonuses?
Source

Haven’t received mine either and I ALWAYS get it at 1:37pm PST. Chatted with chime and they provided info stating no delays, generic response, etc. Nothing wrong going on with Payroll either.

This sucks. I have no gas left after getting off of work and was hoping my money would arrive on time, just as it has the past 3 years.

Update 4pm PST – nothing. Literally stranded inside my car with no gas next to the station waiting for this DD to hit so I can get gas and drive home. This hurts, this SUCKS.
Source

The issue is frustrating many Chime users as they are not receiving their money in time to be able to use it for pending payments.

Both the Chime and Walmart teams have released an official acknowledgment of the matter.

Apparently, the whole problem is due to a service disruption on the Walmart payment platform. So, the Chime team can’t do anything to resolve the issue.

Hey Amanda! We are aware that some of our members may be experiencing delays receiving their direct deposit from Walmart due to a reported service disruption at Walmart. We don’t yet have an estimate on when the issue will be fully resolved.
Source

Meanwhile, the Walmart team confirms the above and points out that they are actively working to resolve the issue as soon as possible. However, there are no details on an ETA for it yet.

We are currently experiencing technical difficulties and are actively working on a resolution, Kristie. We apologize for the inconvenience. Please stay tuned.
Source

But, reports from Chime users who don’t work at Walmart indicate that they are facing the delayed direct deposit issue too. So, Chime could have more responsibility than they say (1, 2, 3, 4, 5, 6, 7, 8, 9).

@Chime I don’t work for Walmart, so I’m not sure why it’s delaying for me and my coworkers who have Chime. However, the other bank I have still hasn’t come through either.
Source

There are also reports indicating that Walmart workers with another bank did receive their payment without problems.

Then why did people that work for walmart and use a different bank get paid? It’s only people that bank with chime that did NOT get paid.
Source

Problems with delayed payments through Chime are also reflected in the Down Detector platform.

04:59 pm (IST): Many users are again reporting that they are not receiving their direct deposit. And those affected have taken to Twitter (1, 2) to report this issue.

Unfortunately, the support team hasn’t yet acknowledged it. However, we will keep tabs on the latest development and inform you as and when anything noteworthy comes up.

03:56 pm (IST): It seems that the recent issue with Chime bank deposits has been resolved as we haven’t come across any fresh user reports on Twitter.

Unfortunately, the support team hasn’t yet acknowledged this issue. However, we will keep tabs on the latest development and post an update as we get anything noteworthy.

04:30 pm (IST): Users are still reporting the issue where they aren’t receiving direct deposits. However, Chime bank is yet to address this issue.

12:32 pm (IST): Chime bank support on Twitter is now privately responding (1, 2) to the affected users regarding this issue. However, the bank hasn’t yet acknowledged it publicly.

10:55 am (IST): Here’s a possible reason why direct deposits are not working for Chime bank users.

Hey there! As of recently, the Federal Reserve Board requires all mobile check deposits to be endorsed with the name of the intended banking institution where they are deposited. To submit your check at another bank, make sure the check provider reissues a new check for you. (Source)

03:43 pm (IST): While fresh user reports (1, 2, 3, 4) regarding the direct deposit issue continue to pour in, Chime bank is yet to make any official statement about the same.

Hi there! You can receive your direct deposit up to 2 days early. However, this depends on your employer or payroll provider. Deposits can post at any time during the day (Monday through Friday, excluding bank holidays), because it hits your account as soon as we receive it. (Source)

03:55 pm (IST): While the bank is yet to acknowledge any issue with delayed deposits for its customers, there’s more disappointment on the way as those who’re expecting deposits on Monday will have to wait a day more due to it being a bank holiday (Memorial Day).

Hello Tameka, thank you for reaching out. If your deposit falls on a bank holiday, it’ll post on the following business day! (Source)

06:00 pm (IST): Fresh user reports on Twitter suggest that many Chime bank users are again facing issues with direct deposits. Unfortunately, the support team has not yet acknowledged the issue.

11:05 am (IST): Chime bank users are again reporting that they aren’t receiving their direct deposit on time. Unfortunately, the support team hasn’t yet acknowledged the problem.

04:08 pm (IST): Chime bank users are once again reporting (1, 2, 3, 4) that they are facing issues with direct deposit. Unfortunately, the support team hasn’t yet acknowledged the problem.

07:42 pm (IST): The issue with direct deposit should now be resolved as we haven’t come across any fresh reports for Chime bank users. 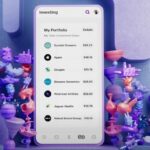