[Update: Desktop & Web] Spotify lyrics not showing up on iOS or Android app? Here's what you need to know 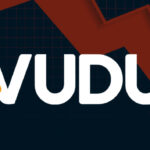 [Updated] Vudu down, not working or loading? You're not alone