[Update: Aug. 17] Crunchyroll down and not working, users get 'unable to connect' on PS4 ('request failed, bad gateway 502')

Looks like the Crunchyroll service is acting glitchy yet again across the platforms, including PS4 and Apple TV. Anime lovers as well as fans of the service are taking to social media platforms to report the outage. Here are some reports:

We’re trying to collect more info on the matter, including an official word from team Crunchyroll. So needless to say, we will update the story as soon as we have something to share. Meanwhile, let us know your current experience with the service. Use the comments section below to share your thoughts. @Crunchyroll I demand money back for this month’s subscription. Your site is down too often & you do not deserve the fee.

Same thing here. Its getting annoying.

02:07 pm (IST): According to reports on Downdetector and Twitter (1, 2), Crunchyroll is currently down or not working for many.

07:23 pm (IST): Reports on Downdetector now suggest that the recent outage with Crunchyroll has now been resolved. 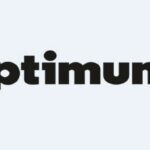 [Updated] Optimum internet down or not working? You're not alone