If you are unable to shuffle play on SoundCloud after the recent app update on iOS, then find consolation in knowing that you aren’t the only one having issues lately.

The latest update of SoundCloud apparently broke the shuffle button on iOS. Many users are complaining (1, 2, 3, 4) that they aren’t able to shuffle their playlists as the button is not working for them after the update.

SoundCloud app recently bagged a new update on iOS with v6.4.0 that was supposed to bring improvements and fix some existing bugs. However, it now turns out that it broke one of the useful functionalities of the app.

Those affected say that whenever they press the shuffle button, they get a message asking them to buy a SoundCloud Go+ subscription.

However, it appears the shuffle button is also not functional for those who already have a subscription to a premium plan. This confirms that it’s not an intended change, but a bug that popped up in the latest version.

Here are some reports from those affected:

I’ve been using SoundCloud for years and have had no complaints. Today I decide to shuffle one of my playlists and listen to it, I then get a message asking me to get SoundCloud Go+. My question is, why won’t this app let me shuffle my playlist ?. Has this problem happened to anyone else ? (Source)

After I transferred all my stuff from old phone to my new one the shuffle button on my SoundCloud playlist won’t work? I can click individual songs and listen to them with no issues but when I try to shuffle nothing happens. Does anyone know of a way to fix this? I’ve already tried deleting the app, restarting my phone singing in and out ect (Source)

As apparent from the reports above, those affected aren’t able to shuffle their playlist since the shuffle button is not working.

Fortunately, SoundCloud support didn’t take too long to acknowledge the bug. Responding to one of those affected, they confirmed that the engineers are currently working to resolve it.

In another response, they said that a fix for this issue will be released next week. Here’s the full statement:

Hey there, our relevant team is aware of the issue and they’re working on it so the fix should be released next week. Thank you for your patience in the meantime/A. (Source)

So far, we haven’t come across any useful workaround that might help you temporarily resolve this glitch. That means you’ll have to wait up until devs issue a fix for the same.

And when they do, we will update this article to reflect the latest development. Until then, stay tuned to PiunikaWeb.

02:04 pm (IST): SoundCloud app has received a new update on iOS with version 6.4.1 that fixes the issue with shuffling playlists.

Note: We have more such stories in our dedicated news section, so be sure to follow them as well. Microsoft Teams issue with viewing camera feed (video not loading or blank) to be fixed 'by end of August', workarounds inside 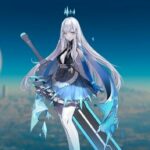