[Update: PS4/5 & PC too] MultiVersus not connecting or disconnecting on Xbox, issue acknowledged

MultiVersus is a free-to-play crossover fighting game that lets you team up with or against your friends using some of the most iconic characters from Warner Bros.

The game will be available in Open Beta from July 26 but the Early Access version is available now. It includes various online modes such as team-based 2 vs 2 formats, 1 vs 1 matches, and 4-player free-for-all.

For a couple of days now, MultiVersus players on Xbox have been facing connectivity issues where they are unable to connect and cannot even play the offline mode or experience sudden disconnections during matches (1,2,3,4).

I keep disconnection from #MultiVersus after I do a singable rematch. Anyone else getting this issue
@multiversus help
Source

Not to be annoying, but I’m stuck on the loading screen that just says “connecting” and I don’t understand why my game won’t connect at all. My buddy started trying to load in after I did, and he got in flawlessly.
Source

Thankfully, WB Games support said that they are aware of the issue with MultiVersus not connecting on Xbox and are working on it. But there’s no ETA for a fix yet.

We hope the developers soon address the annoying connection issue for MultiVersus players on Xbox.

As always, we will be updating this article when a fix is out so keep checking this space.

10:59 am (IST): A Redditor has suggested that this bug could be related to Xbox’s Wi-Fi connectivity as they were able to resolve it by connecting their console to LAN.

If you don’t have a LAN cable, then you can also try connecting your mobile hotspot using a USB cable and see if it works.

I think the problem is the wifi connection b/c I was able to play the game when I connect my Lan cable to my Xbox. If you don’t have one just turn in your mobile hotspot and connect your console into it. (Source)

01:02 pm (IST): It appears that this issue is also affecting PlayStation players. However, a PS4 player has managed to resolve it by performing the following steps.

Workaround: I closed the game and restarted my ps4 and it worked (Source)

06:28 pm (IST): According to the latest status update from the team regarding the disconnection error, it’s still under investigation with no ETA for a fix.

05:53 pm (IST): One of those affected has shared another workaround that might help you get rid of the connectivity issue. You can check it out below.

FIXED IT !!! Im playing on PS5 tried everything hard reset, reinstall, portforward, DNS, etc etc. But got it fixed ! Changed my IP address in network settings and made a fixed IP on PS5 this did the trick for me ! Hopefully somebody else can use this. (Source)

Gamers say that every time they try to join a game, it disconnects them with an error message saying ‘MultiVersus Error! You have disconnected’. Here are some reports from those affected:

After about ten seconds of entering an online or offline game I get booted out to the lobby where i get a message in the top right of my screen where it says Error! You have disconnected. (Source)

There seems to be a bug where every time you join a game, custom or online, it disconnects you with an error message. Just me? Other people having this issue? Looking for feedback. (Source)

Luckily, this is a known issue and MultiVersus devs are currently investigating it. However, there’s no ETA for the fix yet. 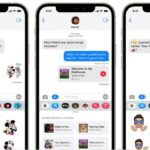 iPhone hotspot not connecting, disconnecting or turning off after iOS 15.6 update for some users 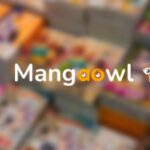 [Update: Aug. 16] MangaOwl down or not working for many