Developed and published by Epic Games, Fortnite remains one of the most played Battle Royale titles to date. With millions of players worldwide, the developers ported the game over to Android and iOS.

Similar to its desktop counterpart, the mobile version of the game involves shooting and building elements at its core. Having said that, many OnePlus 9 series device owners were excited to play the game on 90FPS after the companies’ announcement in September last year.

But according to reports (1,2,3,4,5) from people who own OnePlus 9 series devices, the option for 90FPS in Fortnite Mobile seems to be missing. Players are seemingly frustrated since they are unable to play the game at high framerates despite OnePlus saying so.

Some said they have had the option to play at 90FPS a few months ago but it suddenly disappeared. Many say the problem resurfaced after the Chapter 3 update.

Here is what some OnePlus 9 series owners have to say about the missing 90FPS option in Fortnite Mobile.

Anyone with a OnePlus device that use to run Fortnite at 90 fps notice that it’s now capped at 60 fps? Trying to figure out if this is just happening to some players or if this is the new norm. Currently on a OnePlus 9 Pro and only started having this…issue?…bug?….once chapter 3 started
(Source)

90 fps on OnePlus devices
Anyone with a OnePlus device that use to run Fortnite at 90 fps notice that it’s now capped at 60 fps? Trying to figure out if this is just happening to some players or if this is the new norm. Currently on a OnePlus 9 Pro so I’d be surprised if this is not supported.
(Source)

That being said, a card on the Fortnite Trello board suggests that the developers are aware of the issue where the 90FPS option is missing in Fortnite Mobile for OnePlus 9 series devices.

While they said that the problem will be fixed in a future update, there is no ETA on when the option will come back.

We hope Epic Games soon brings back the 90FPS option for OnePlus 9 series owners since the phones are more than capable of running the game at high framerate.

As always, we will be keeping an eye out on the matter and update this space when we come across more information so stay tuned to PiunikaWeb.

12:12 pm (IST): Fortnite has reportedly archived the Trello card for this issue with the status still saying ‘Investigating’. This means that this issue won’t get fixed anytime soon.

11:33 am (IST): Fortnite support has confirmed that they will re-enable the 90 FPS on devices that previously had the option. Also, devices with Adreno 660 or above will soon be able to run Fortnite at 90 FPS.

📱 Hey android players! In next week’s update, devices with an Adreno 660 or better will have the option to run Fortnite at 90 FPS. Devices that previously had 90 FPS will also have it reenabled. (Source) 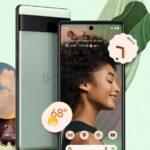 [Poll results out] Opinion: Google Pixel 6a missing out on wireless charging shouldn't be a deal breaker