iPhone hotspot not connecting, disconnecting or turning off after iOS 15.6 update for some users

iOS is one of the most used operating systems in the world as it is the ‘heart’ of Apple’s iPhones.

However, it seems that the update brought some functional issues to the hotspot feature for some iPhone users.

According to reports, the iPhone hotspot is not working properly as it is disconnecting, not connecting or turning off by itself.

iPhone hotspot not connecting, disconnecting or turning off

Lately there have been multiple reports from iPhone users dealing with problems while trying to use the Wi-Fi hotspot feature.

In some cases, users are unable to connect other devices to the hotspot created from their iPhones.

My personal hotspot isn’t working and i’ve tried almost everything anybody know how i can fix it?
Source

why my ipad can’t connect to my iphone hotspot? i have try many as you teach but still can’t. please help me 🙁

my new ipad can’t connect to my iphone hotspot, i’ve try so many ways as you teach but still can’t, HELP ME GUYSSS TT
Source

In other cases, the connected devices automatically disconnect from the iPhone hotspot.

Anybody else’s hotspot ever just turn itself off for no reason? I hate my iPhone. I wanna switch back to android
Source

Personal Hotspot Disconnects for my Friend

There are also cases where the iPhone hotspot turns off completely by itself while still in use.

Hotspot turns off at random times

When i am connected to my iphone hotspot sometimes my hotspot will just randomly turn off, i have heard that it might be due to the phone thinking that the other device isn’t using the hotspot, so it just turns off.

I saw a youtube video and the guy recommended to go to hotspot settings and disable maximize conpatability, but the option doesn’t even show up for me.
Source

Some reports suggest that the iPhone hotspot connection issues started after the arrival of iOS 15.6 update.

I have an iphone 11 and I regularly use internet sharing from my macbook pro and use that wifi on my phone. Last night I upgraded to iOS 15.6 and I am no longer able to connect my phone to my macbook’s internet sharing
Source

Unfortunately, there is still no official acknowledgment of the issue from Apple or workarounds to serve as a temporary fix.

We will update this story once new related events arise. 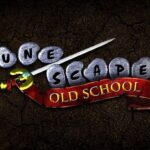