YouTube is currently the most used video platform in the world. Through the years, the service has been gaining additional features and possibilities such as live streams, community feed and more.

YouTube users can access the service from virtually any device with a display and internet support. In addition to the website version, there are dedicated apps for mobile devices, Smart TVs and even consoles.

However, currently many YouTube app users on Xbox are facing an issue where their accounts are constantly logged out and receiving a ‘403 error rate_limit_exceeded’ message.

According to multiple reports, many YouTube for Xbox app users are unable to stay logged into their accounts. The issue seems to be going on for a few hours and forces users to re-login every few minutes.

YouTube on my Xbox has been my TV going back years. On my One and One X before, now my Series X. Can’t ever remember having problems. For the past 24 hours or so, I’ve been completely unable to remain logged in.

Sometimes it sticks for a couple of hours. Sometimes it’s for the duration of one video. I’ve had to re log in at least 15 times since this time yesterday.

Have tried all manner of troubleshooting including resetting the console and reinstalling the app.
Source

as the title suggests, Recently i was watching youtube on my xbox, the app froze and crashed and now everytime i open the youtube app i have to login via the code on the youtube activate website, following i do that, it stays logged in until i either close the app, uninstall it, or if i use it for an hour, it will then auto log me out.
Source

Fortunately, the YouTube team is already aware of the bug and looking into it but there is no ETA for a fix yet.

to confirm, are you automatically being logged out from YouTube app on Xbox? if so, we’ve seen similar reports about it, and we’re already looking into this. if it’s something else, let us know
Source

There is currently no workaround to help keep your session active for longer. So users will have to wait for further updates on the issue from YouTube.

We will update this story as new events arise.

09:56 am (IST): TeamYouTube on Twitter has confirmed that the issue where YouTube keeps logging out on Xbox has now been resolved. 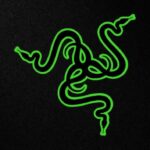 FIFA 23 beta keeps crashing for many, issue acknowledged (workaround inside)