Launched in January this year, the Motorola Edge Plus 2022 is the successor to the Edge 20 Pro. The latest from Motorola includes features that were lacking in the previous iteration such as stereo sound and support for wireless charging.

However, the Motorola Edge Plus 2022 is limited to the United States. Powered by the Qualcomm Snapdragon 8 Gen 1 chipset, the phone comes with a 144Hz 6.7 inch OLED screen and runs Android 12 out of the box. But that’s not all. It’s also sold as the Edge X30 in China where it also gets the same charging speed as the international variant.

All this is aided by 8/12GB of RAM with the phone offering up to 512GB of internal storage. Talking about optics, the device offers a rear triple camera setup with a 50MP primary sensor, a 50MP ultrawide camera, and a 2MP depth sensor.

It also features a 60MP front camera for those looking to click selfies or record videos. As it turns out, Motorola is also offering a Smart Stylus for those interested in drawing or making notes on the large OLED screen.

Having said that, here we will keep tabs on all the updates, bugs, and issues related to Motorola Edge Plus 2022 (Edge 30 Pro).

The Motorola Edge Plus 2022 already runs the latest operating system from Google – Android 12.

With all that in mind, we will be tracking all the software updates, including security patches and bug fixes, coming to the Motorola Edge Plus 2022 in this section.

As is the case with every smartphone, Motorola Edge Plus 22 (Edge 30 Pro) users will eventually come across some bugs and issues. With this in mind, we will be keeping an eye on all the bugs and issues that might affect the device in the near future.

So make sure to keep checking this space for updates concerning the same. 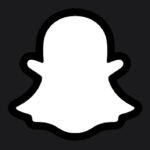