Fundamentally simple yet satisfying, PowerWash Simulator is a simulation video game that allows players to expand and take their power-washing business up a notch.

In PowerWash Simulator, players must stroll through simulations to remove any stains or dirt from objects, cars, and entire houses sometimes with the help of their pressure water guns.

That said, PowerWash Simulator players (1, 2, 3, 4, 5) are reporting an issue where the game is resetting or losing progress abruptly.

We’ve added a few reports about the same below for reference:

I was on the Subway and was at 21% clean, I loaded in and went to go do something, came back and started cleaning and it went down to 9%??? I took a gameclip of it and very confused and annoyed by this bug.
Source

I have lost progress in @PowerWashSim about half a dozen times over the past two days and I don’t know what the hell is going on. I’m about ready to uninstall the game for good.
Source

Many affected players are asking others not to activate the ‘show dirt’ or ‘show dirt on crosshair’ feature in the options menu. As it can deteriorate or completely reset the progress remarkably.

The issue is troubling gamers irrespective of the level or quest they are presently undertaking.

PowerWash Simulator devs are aware of the issue and working on a fix. But there is still no ETA for the fix so far.

Hey, sorry you ran into this! We’re aware and working on a fix.
Source

Fortunately, the developers have also equipped players with a workaround that can help mitigate the issue where PowerWash Simulator is resetting progress.

Nevertheless, we’ll keep an eye on this issue and update this article as new developments emerge. 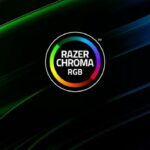