[Updated] Duolingo XP reduced or less after v5.67.4 update on Android? Here's why

Duolingo is one of the most popular platforms for learning new languages. It implements a progress format similar to a video game, awarding XP points for each new lesson passed to level up and unlocking more advanced levels.

Duolingo offers dozens of languages to learn through its system. It is also easily accessible from the website or from mobile apps for Android and iOS devices.

Something curious about Duolingo is that its scoring system was not unified between the different platforms where it is available. That is, users did not earn the same XP amount in all versions.

For instance, Duolingo users on Android got more XP points per lesson passed than iOS users. But that is something that has finally changed, although many users do not agree with it.

Recently, the Duolingo app received the update to v5.67.4 on Android. After updating, many users noticed a drastic reduction in the amount of XP points for completed lessons.

According to multiple reports, Duolingo users on Android are now receiving around half as many XP points compared to what they received before the update.

I’ve noticed starting a few days ago that when I get a double XP power up suddenly my lessons are only worth about 13xp instead of 20xp meaning that with “double” XP I’m getting 26xp instead of 20xp.

I don’t really do the lessons for the XP but it makes me feel like my reward isn’t really worth using. Used to be I would take advantage of the double xp and ended up getting more 15 Minute sessions instead of just a lesson or two.
Source

In addition, individual lessons now do not show how much XP you will earn for completing them. You have to calculate this based on the daily accumulated XP.

Currently, only ‘Lightning Rounds’ and ‘Legendary levels’ seem to keep the same rewards as before.

Since the morning of August 3rd 2022 I have noticed that there is no longer a XP counter in any lessons for my French course. It just shows the progress bar.

Moreover I’m getting much less XP than I used to. Earlier it was around 25XP per lesson but now it’s only 15XP. Only the lightning round and legendary level lessons give me the usual 40XP while the rest are giving much less XP.
Source

The XP points reduction has fueled criticism among Android users as they feel less motivated to keep completing lessons. However, everything has an explanation.

Apparently, the latest Duolingo v5.67.4 update on Android came along to match the rewards users received on other platforms (1, 2). In this way, the company will manage a single points system, which could be easier to understand.

However, Android users are upset because they have been accustomed to earning a certain amount of XP points on every lesson they complete. Now they will always feel like they are earning fewer rewards for the same effort.

There is still no official statement on this situation from the Duolingo team, so it’s unknown if they will consider going back to the previous system or if the change will be permanent.

We will update this story as new related developments emerge.

04:28 pm (IST): Duolingo support on Twitter has confirmed that they are now providing same experience on all platforms. Here’s an explanation on how the XP system works.

This is the same experience across all platforms. Again. you will still earn 40XP for making a skill legendary. For regular practice it will 10XP and then 20XP for hard practice when reviewing a legendary skill (Source) 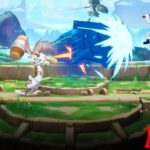 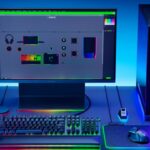