While there are numerous drone manufacturers in the world, the Shenzhen-based company DJI seems to be the popular choice amongst enthusiasts.

They produce a wide range of drones ranging from small and lightweight consumer models to heavy-duty professional ones. They are popular for their ease of usage, superior image quality, and flight performance. While the hardware is really impressive, the developers seem to have messed up on the software side of things with many recently reporting that the quick transfer function was not working on the DJI Mini 3 Pro.

And now, users are saying that the DJI GO app, DJI GO 4 app, DJI Pilot, and the DJI FLY app are not working on Android. Many are seemingly frustrated since the problem is making it impossible to fly their drones.

It looks like the apps are crashing on launch after users updated their phone to Android 12. Some say they tried clearing the app data and cache and reinstalling the app but these solutions don’t help either.

Below are some reports from Android users complaining about the DJI GO, DJI GO 4, DJI Pilot, and the DJI Fly app not working.

I have used this app for a couple of flights without any problem. When I tried to load this app on my phone after a gap of few months it simply crashed with a message that read as “There is a bug clear your cache” I cleared cache, freed up some memory space and also performed an uninstall and reinstall procedure. This hasn’t helped. The app crashes. DJI you need to fix this as I see multiple reviews left by others quoting the same problem. We can’t fly unless this is fixed.
(Source)

App will not open due to bug. I have uninstall and installed several times, but it will not open. System informs that there is a bug in the programme. DJI do not appear to be in a rush to correct this. Poor show from them. Lack of support for older models. Or is this deliberate to force you into a new purchase?
(Source)

As it turns out, there is a list of supported devices the apps seem to work on shared by DJI developers. You can check out the compatibility list for all affected apps below.

With the majority of reports seem to be coming from those trying to launch the app on incompatible devices, some users using supported devices seem to be affected by the problem as well.

Fortunately, we came across a few workarounds that might allow those affected by the issue to use the apps on Android. The first one requires users to download and install the Aloft app.

DJI Support also commented on the matter and suggested users to enable or allow the ‘install unknown apps’ setting.

Also, you can try installing the app on a device running Android 11 or earlier, since some users (1,2,3) have reported that the apps work just fine on older Android versions.

We hope DJI developers soon take a look at the matter and release an update that fixes the problem where DJI Fly, DJI GO, DJI GO 4 and DJI Pilot app are not working on Android devices.

As always, we will be keeping an eye out for more information and update this space as and when required so stay tuned.

DJI Fly App won’t open on Android (specifically) on the Pixel 6. It worked in the past and suddenly stopped working! (Source)

Luckily, DJI support has acknowledged this issue and confirmed that they are working to resolve it. However, there’s no ETA for the fix. 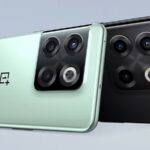 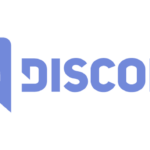 Discord notifications bypassing 'mute' settings after v138.11 update for some (workaround inside)