Minecraft is a sandbox video game developed by Mojang Studios. It features a procedurally generated world with virtually endless terrain where players can build whatever they want.

Minecraft players can also keep usernames for their in-game characters. It’s a great way to stand out from other players on multiplayer servers.

But over the past few days, Minecraft Bedrock Edition players (1,2,3,4,5) are reporting an issue where Bedrock anvil sign is turning into hashtags.

Even when they type anything into the sign, it disappears. Here are some reports from Minecraft Bedrock players who are unable to name things in anvil.

@MojangSupport Can you guys look more into the hashtag anvil naming glitch and signs not working? Named a shovel in my anvil and it broke. Replaced the anvil and my shovel was named hashtags and now everything I think are hashtags. Same for my friends. This is on Realms.
Source

I’ve been trying to name things with the anvil and even though they aren’t curse words or even close to curse words. It turns them into hashtags. Signs also just disappear after I’ve written them. This hasn’t effected the other players in the realm so idk what’s up
Source

It seems that this issue popped up last year as well and was resolved shortly after.

But as it turns out, Mojang support has commented on the ‘Bedrock anvil sign turning into hashtags’ issue and said that the developers are aware of the issue and are currently working on a fix.

However, there is no ETA for the fix. As always, we will be keeping an eye out and update the article when the problem is resolved.

Unfortunately, we did not come across any workaround to resolve the issue either.

We hope the developers find out the root cause of the issue and fix it at the earliest. 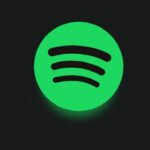 [Updated] Spotify Radio not working or playing only 1-3 songs? You're not alone 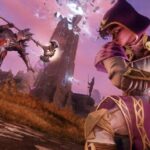