Firefox is one of the oldest and most popular open-source web browsers developed by the Mozilla Foundation.

However, over the past few days, Firefox users are reporting an issue where some recently uploaded YouTube videos are either not playing or not loading (1,2,3,4).

The problem only appears to be troubling Firefox users. Even other browsers like Edge and Chrome seem to be functioning just fine, which suggests it isn’t an issue for Chromium-based browsers.

We’ve added a few reports below about the problem for reference:

Having a weird problem where firefox won’t load some youtube videos, but if I cut/paste to chrome, it loads immediately.
Source

Unfortunately, Firefox support team has not acknowledged the issue yet. But we have come across a couple of workarounds that can fix the issue where Firefox is not loading YouTube videos.

Another Redditor also suggests disabling BTTV and restarting the browser to temporarily fix the issue.

As I mentioned, they will start working after some time. Try disabling BTTV and restarting the browser – it seems to have worked for me a couple times.
Source

That said, we will report back with more details as and when we get new information to share. 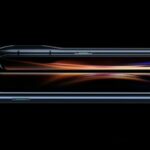