In the last few years, several tactical FPS games have been released. While many of them failed to retain their player base, Rainbow Six Siege remains popular even six years after its release.

Developed by Ubisoft Montreal, the game features online multiplayer 5v5 PvP matches and is super competitive. Players can choose from various operators, each with its unique abilities and gadgets. 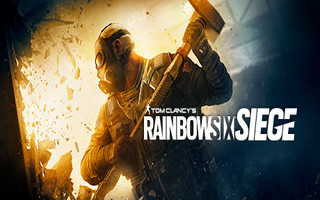 However, players have complained about bugs and glitches such as squads getting disconnected, players wrongly banned and some kicked out of matches due to inactivity even when they were moving.

And as if these weren’t troubling enough, Rainbow Six Siege players are now reporting (1,2,3,4,5,6,7,8,9,10) various audio issues that are making the game unplayable.

These audio issues include broken directional audio, missing SFX, and non-stop gunshots. It is interesting to note that the problems surfaced after the recent update and seem to be limited to the console version of the game.

Generic troubleshooting steps like restarting consoles and reinstalling the game do not seem to help.

@Rainbow6Game @Ubisoft if this new audio where you can hear the whole map like it’s in the room with you is not a bug, just do yourselves a favor and say it is in fact a bug, you’ll look slightly less dumber and fix it, unplayable, thought a guy was in the corner, nope diff room
(Source)

PS5 new season audio mix chnaged? why is it so much worse than before? After today’s update i hopped in quick match and omg the audio makes it completely unplayable for me, are you experience the same thing? playing ps5 version on ps5, swithcing 3d audio on or off doesn’t fix this, is there any patch notes about audio changes or is it a bug? thanks
(Source)

Thankfully, Rainbow Six Siege developers have acknowledged the fact that the console version has multiple audio issues. While they said that the bugs are under investigation, there is no ETA on when it will be fixed.

Heads up:🔊 We are aware of ongoing issues with audio levels and continuous/missing SFX. We will keep you updated as we continue investigating! Thank you for your patience!
(Source)

We hope the developers find out what caused the issues in the first place and release an update that fixes the same. If and when they do, we will be updating this space to reflect the same so make sure you stay tuned to PiunikaWeb.

06:07 pm (IST): Rainbow Six Siege support has provided a potential workaround for the audio issues on PS5. It involves disabling the 3D audio.

01:51 pm (IST): Ubisoft support has informed players that the audio-related fixes for Rainbow Six Siege will arrive with the Y7S1.1 patch.

05:42 pm (IST): Rainbow Six Siege has confirmed that they are working on a fix for the audio issue on consoles. However, they did not provide any ETA for the fix.

We are aware of audio issues on console, including inconsistent positioning and missing VO effects. We have identified the cause of these issues and are working on a fix. (Source)

09:55 am (IST): Many Rainbow Six Siege players are reporting (1, 2, 3, 4, 5, 6, 7) audio issues in MUTE Protocol where they are getting constant firing overlay of sound or sound is missing when firing.

Luckily, Ubisoft support has acknowledged and said that they are investigating.

Thanks for the reply. Sound issue in MUTE event in Rainbow Six: Siege is currently under investigation. (Source) 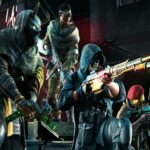 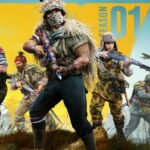