AMC Plus is AMC Networks’ on-demand streaming content service that boasts of offering a huge catalog of its own and third-party content.

‘Better Call Saul’ is one of AMC’s most important productions in the TV series segment. It is a spin-off of the very successful Breaking Bad series that expands its universe with new characters and stories.

The highly anticipated Better Call Saul season 6 episode 11 should be streaming now on AMC Plus. Unfortunately, this is not happening on Apple TV service.

According to multiple reports, AMC Plus subscribers on Apple TV are unable to enjoy ‘Better Call Saul season 6 episode 11’ as the platform tries to open Amazon Prime Video instead of loading the show.

I subscribe to AMC+ through my Apple TV account and it’s trying to open in Prime, but won’t. Trying to watch Better Call Saul

Edit: this is fucking rediculous. I still can’t watch. I actually pay to own it on VUDU and I also subscribe to AMC+ to get it live.

I’m attempting to watch Better Call Saul on AMC+ but when I go to this episode it directs me to prime FROM the AMC+ Apple player and I can’t watch it on Prime. Getting super pissed.
Source

Absolutely infuriating. Had AMC+ by itself, then as a channel in AppleTV. Issues with all. Requested refund. Now have season’s pass in Apple TV, latest episode not playing. I love BCS but hate, absolutely loathe AMC. Never again. Dumpster fire trying to open Prime and Fubo as third party players.
Source

The issue appears to be occurring only to Apple TV users who paid for the AMC Plus subscription through the App Store.

Users are furious as many use AMC Plus solely to enjoy the premiere of the latest Better Call Saul episodes. Currently, AMC Plus subscription costs around $9 per month, although there is a ‘7 day’ trial for new subscribers.

AMC team is aware and working on solving it

Luckily, the AMC team is already aware of the issue and working on a fix but there is no ETA yet.

Hi — we are aware of this issue, and are working to get it fixed ASAP. Thanks.
Source

10:58 pm (IST): It appears that the issue with ‘Better Call Saul season 6 episode 11’ has now been resolved as we haven’t come across any fresh reports on Twitter. [Updated] Flightradar (FR24) app & website down or not working? You're not alone 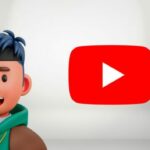 [Updated] YouTube creators unable to unhide subscriber count or set it to public, fix in the works