Google Assistant supports multiple languages. This means you can talk to her and expect results in the language of your choice.

Even better is that for those who speak multiple languages, it’s possible to add a second language to work alongside your main language, say, English and Spanish. This function was unveiled back in 2018.

This is a common scenario in bilingual households where occupants often switch back and forth between two languages, and having Google Assistant understand both languages has been a lifesaver for these homes. If other family members want to interact with the shared smart speaker or display using the second language, Google Assistant will recognize and respond to each one of them according to their preference.

This ensures you keep using your smart device without the need to constantly change languages manually in the Google Home app so that Assistant keeps up with the household.

The baked-in support for 2 languages can also come in handy when learning a new language and maybe feel like practicing it with your better half at home may help your progress.

But recently, Google released a new feature called Look and Talk for Nest Hub Max users — an alternative to the “Hey Google” hotword. With this feature, you no longer have to say “Hey Google” before you start interacting with your Nest Hub Max. Instead, you only have to stare at the Nest Hub Max to activate Assistant — without saying a word!

I’ve never been a fan of “Hey Google”. I’d, in fact, prefer a custom hotword to activate Assistant. Or Google should at least consider Kevin Durant’s “Yo Google” that popped up some years ago. It was cool. And I liked it.

This is what Look and Talk seeks to address. But in doing so, Google has inevitably broken the aforementioned bilingual support on eligible smart displays.

Sure, Nest Hub Max owners will no longer have to say the hotword to activate Assistant once Look and Talk is enabled, which undoubtedly makes up for a great addition to the smart display.

Unfortunately, enabling this feature means you must give up an essential Google Assistant function that has been well appreciated in multilingual homes since launch — support for 2 languages. According to Google, one of the conditions for using Look and Talk on the Nest Hub Max is to select only one language in Assistant settings. So far, only English is supported.

Again, Look and Talk is a great addition to the Nest Hub Max, but I still don’t understand why I should have to give up multilingual support in Google Assistant to enjoy its benefits.

Since Look and Talk is only meant to activate Assistant, it shouldn’t prevent the normal bilingual function — a feature that has existed since 2018 — from working as usual.

While I’m no expert here, I think everything should work normally once Assistant is activated since Look and Talk only bypasses the hotword, but for some reason this isn’t the case.

Instead, Nest Hub Max owners will have to choose between using Look and Talk and multilingual support. Sorry, but you can’t have both, and it’s unacceptable.

Even more frustrating is that this isn’t the only choice you’ll have to make in order to fully take advantage of Look and Talk on your Nest Hub Max.

Google says the feature won’t work when a video or music is playing; streaming a security camera or using Nest Hub Max as a Nest Cam; using Duo, Meet, or Zoom; and when Guest Mode is on.

You must also be within 5 feet (1.5 meters) of your Nest Hub Max otherwise Look and Talk won’t work properly.

It’s possible things might change when Look and Talk expands supported languages beyond English, but this shouldn’t happen when Google already has so much data from the multiple languages Assistant already supports.

Unless this was just another rushed feature, I think Google could have at least launched Look and Talk with support for multiple languages to avoid the conflict with Assistant’s multilingual support.

Still, Google is no stranger to such tactics just to keep the hype train moving, where support for other languages may come in a future Nest Hub Max update. Only that this could take some time. Nevertheless, it’s quite infuriating that if you want to use a cool feature like Look and Talk on the Nest Hub Max, you must give up arguably one of the most useful features Assistant has to offer.

For bilingual households that rely on Assistant’s support for 2 languages, this is definitely something you’d want to stay off for now, at least until Google expands supported languages.

Let us know what you think in the comments. As for the poll below, the results will be revealed after a week.

[POLL] Have you enabled Look and Talk on your Google Nest Hub Max?

From our poll, it looks like the new Look and Talk function hasn’t received so much love, something that makes sense owing to its limited availability. But we hope more languages will be supported in future. 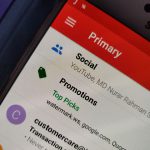