League of Legends players are currently facing an issue where they can’t claim or get the Star Guardian Chapter 3 rewards.

This issue appears to have popped up in the last few days and it has left some users feeling incredibly frustrated.

Users are reporting that though they have claimed both the orb and the tokens, their inventory still reflects 0 orbs.

Speaking of which, we’ve added a few of these reports below for reference:

I’m completing the main story and I still don’t have fiddlesticks emote his externals or the 40 tokens. Just completed the second stage of chapter 3 got a message saying rewards have been collected but no orb or tokens have shown up… anyone else??
Source

I finished the 3 chapter milestones and didn’t get a single reward from the 3 checkpoint or the emotes of any of the level 3 bonds. I even watched and skipped all scenes and still didn’t get any even tho it has a check on it for being complete…
Source

The issue mainly appears during the completion of Star Guardian Chapter 3. Even after completing the main story some players still don’t have Fiddlesticks’ emote or the tokens.

A number of players took to Twitter to complain about the ‘Star Guardian rewards’ issue.

Responding to a comment, Riot Games support acknowledged the issue and has confirmed that the team is actively investigating the matter.

Since a fix is underway, we can only hope for the ‘Star Guardian’ issue to be resolved soon.

So stay tuned for any further developments regarding the ‘Star Guardian’ rewards issue. 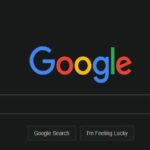 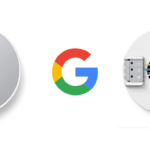