Android has come a long way over the past few years. Gone are the days when the OS was riddled with bugs and lagged on even the most premium phones running the OS.

This is why we’ve been keeping tabs on most of these bugs via our dedicated trackers for OEMs such as Samsung, OnePlus, Realme, and Xiaomi after the Android 11 update.

In case you’re an iOS user who stumbled upon this article, well, we’ve also been tracking all bugs and issues with iOS 14 that you can check out here.

Now, on the unfortunate subject of bugs, it seems that many Android users are reporting that their phones are sending double or duplicate text messages.

My Samsung Galaxy S7 has been sending double texts pretty often. Anyone else having this problem and how can I fix it? (Source)

My Samsung galaxy note 20 is sending multiple of the same message I am texting in. Its happening almost every text I send. (Source)

The double or duplicate text messages issue on Android appears to have been around for a few years but there’s still no permanent fix for it.

Most reports of the problem come from users with Samsung devices, however, there are plenty of complaints from others who’ve not mentioned any device in particular.

Whatever the case, there are a few workarounds that you could try out to fix the problem.

Workarounds for double or duplicate messages on Android

We’ve added some workarounds that have had positive results for some users below. So be sure to give them all a shot.

Workaround 1: A user claimed that they were able to fix the issue by simply turning off RCS messaging or Advance Messaging on their device.

After that, hold down the Power Button and tap on Restart. If that does not work, clear the app’s data and cache. Do note that this will wipe all your messages so you might want to backup all important texts.

To clear app cache and data, head to Settings > Apps > Messages > Storage > Clear cache/data. If this too does not work then a factory data rest might do the trick.

Workaround 3: In case you do not wish to go through the process of resetting your smartphone, you may want to consider switching to another messaging app. Some good alternatives are Google Messages, Pulse SMS, Textra, and SMS Organizer.

That said, feel free to drop a comment below in case you were able to fix the problem with a workaround that’s not mentioned here.

As for the latest development, a community moderator at Samsung community has asked the affected users to approach the concerned carrier calling text messaging a carrier-specific feature. Here’s what the mod said:

As text messaging is a carrier feature, I would recommend reaching out to your carrier for further assistance with duplicate messaging.

On the other hand, those who have approached their carrier have been told the issue is at Samsung’s end and is being looked into. However, there is no official confirmation regarding this. Here is what a user shared:

Yep. My carrier says Samsung having same issue with many phones right now. Samsung “working on it”

09:47 am (IST): Safaricom support is asking users to reset their device to default settings to fix the duplicate text messages issue. Here’s their reasoning for doing so:

Sorry about that Akongo, you will need to reset your device to default settings. (Source)

Because your handset is having an issue, not recognizing that the message has been received, leading to the repeat messages. (Source)

12:40 pm (IST): Here’s what may be causing duplicate text messages issue on Android along with the possible measures that users can take to avoid them. Check them here.

06:44 pm (IST): Here’s a workaround for this issue shared by a T-Mobile employee. Although it’s two years old, it can still be useful. So, those still having this issue can try and see if it helps.

04:59 pm (IST): Another potential workaround to the problem might be to reinstall Carrier Services on your device.

Reinstalling or clearing the data and cache for pre-installed carrier apps (if any) may also be required as pointed out by a Redditor.

12:09 pm (IST): According to a Redditor, a Swedish carrier Vimla has suggested that turning off VoLTE/4G Calling can prevent duplicate texts.

06:36 pm (IST): A Redditor claims that the duplication of text messages could be happening due to Google Assistant or Onboard Machine Learning Text-to-speech. Here’s the full statement:

06:30 pm (IST): It seems that the duplicate messages bug has managed to sneak its way into Android 13 beta as well, albeit not entirely.

According to a report on Google’s Issue Tracker, an individual shared logs of a bug that’s causing GIFs to show up twice in the Messages app.

Fortunately, a Google employee confirmed that they passed on the issue to the engineers to check out.

We have passed this issue onto our engineering team and we will update this issue as more information becomes available. (Source) 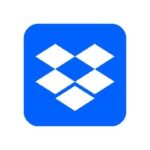