[Updated] Google Nest Cam (battery) & Nest Doorbell (battery) unable to stream to TV via Chromecast? Here's what you should know

Ever since Google acquired Nest back in 2014 for $3.2 billion, the tech giant made it clear that it wanted to become a serious player in the smart home space.

The Nest ecosystem is still one of the most popular solutions if you are looking to keep an eye out on your property. For years now, people have used the Google Nest Cam and the Nest Doorbell to secure their property.

This year, Google updated the lineup and brought in battery versions of the said products that ensure your home stays safe even if you lose power. 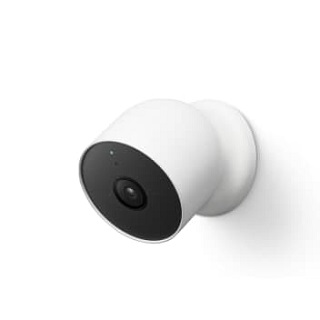 While many were excited to see them in action immediately after they were launched, some reported that the Google Nest Cam (battery) is not compatible with the Nest app while others said it wasn’t reporting some events.

And as if these issues weren’t enough, Google Nest Cam (battery) and Nest Doorbell (battery) users are now reporting that they are unable to stream feed to their TV via Chromecast.

People say that even though they are on the same Wi-Fi network, they are presented with a message telling them that the device “does not support streaming to remote screens.” Many are confused about what is wrong since the wired version of the same devices seems to be working flawlessly.

I’ve just bought 2 new Google cameras, doorbell, and a home display. I also have a Chromecast. I am able to view the kitchen display on Chromecast, but not the doorbell or cameras. I receive the message ‘does not support streaming to remote screans’. They are on the same WiFi network, any ideas on how to fix?
(Source)

Isn’t it possible to stream nest doorbell live feed on Chromecast? When I say “show doorbell on Living room TV” it responds that “Sorry. It looks like Doorbell doesn’t support streaming to remote screens” Show doorbell on Nest hub works fine though.
(Source)

As it turns out, Google dropped the support for streaming on TV using Chromecast on the battery version of Nest Cam (battery) and Nest Doorbell (battery). Instead, they can only stream to a smart display screen.

Note: Nest Cam (battery) and Nest Doorbell (battery) can only stream to a smart display screen. Learn how to stream your security camera using your display.
(Source)

This is not the only feature Google dropped from the battery version of the Nest Cam and Nest Doorbell. The company also removed the Continuous Video Recording feature due to thermal issues.

Instead, users now get up to 3 hours of event video history, which was earlier locked behind the paid “Nest Aware” subscription. The new devices also mark the end of the Nest app with features now available on the Google Home app.

We hope Google gives users the option to stream the Google Nest Cam (battery) and Nest Doorbell (battery) to their TVs using Chromecast, but it seems highly unlikely.

12:33 pm (IST): Google has finally brought back the ability to stream feed from Nest Cams and Nest Doorbells directly onto the TV using Chromecast with Google TV. More on that here. 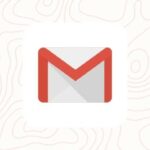 [Updated] Some Gmail users unable to send or receive emails