If you love playing Virtual Reality games, you must have definitely heard about VRChat. Developed and published by VRChat Inc., the online platform allows users to talk and interact with each other using 3D characters.

The platform supports all popular VR headsets like the Oculus Rift, Oculus Quest, and HTC Vive, among others. But it is also designed to work with a mouse and keyboard or a gamepad. Coming to the gameplay, it is quite similar to Second Life. Players can create and import characters and also design their own world.

EAC isn’t the way to go. As much as I hate client users and would love to see them completely gone, this kills so much more than it solves. If we could guarantee that EAC would eliminate ALL the malicious users then I’m prepared sacrifice the many QOL mods that half of the player base simply will not be comfortable playing this game without.
(Source)

Some say they are thinking of migrating to another VR platform because Easy Anti-Cheat prevents users from installing different types of mods, which made VRChat fun.

I’m moving to another Vr platform. VrC is making too many crap decisions. I’m sick of the moderation that makes having a good client a ban-able offense. I just want a fun and easy to use social platform. I’ll be testing out ChillVr and NeosVr now. I don’t know which is better, but I know anything is better than VrC. Later everyone.
(Source)

There were so many posts on the VRChat subreddit complaining about the addition of EAC that the moderators had to temporarily lock the entire subreddit.

Fortunately, Playspace Mover, OpenVR Advanced Settings and overlays like OVR Toolkit and XSOverlay are not affected by the addition of the anti-cheat solution.

While it is highly unlikely, we hope VRChat developers take a look at the user feedback and remove Easy Anti-Cheat in the coming days if possible, since it is reportedly a resource hog and ineffective at stopping cheaters.

As always, we will be keeping an eye out for further developments on the topic and update this space accordingly so make sure you stay tuned to PiunikaWeb.

12:39 pm (IST): VRChat devs have confirmed that they won’t revert or roll back the 2022.2.2 VRChat update that integrates Easy Anti-Cheat.

However, they are working to fix those features that were available via mods and are not working now. Check the full statement here. 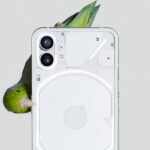 [Updated] Nothing Phone 1 pre-order pass holders furious after missing out on purchase, others demanding refund