iOS is the Apple OS for its mobile devices (iPhones). iOS 15.4.1 is the latest stable update available for compatible devices.

Previously, iOS 15.4 arrived with some enhancements, changes, and tweaks. However, the update in question also brought battery draining and overheating issues for many users.

Then, iOS 15.4.1 arrived in early April with the promise of fixing the previous version’s battery draining issues, according to Apple.

It seems that many of the iOS 15.4.1 devices get hotter than normal with light use (web browsing, messaging, etc).

Hey guys, my battery health is at 93% but its draining like crazy since the new update? Im really angry and concerned because my phone is pretty new, does anyone know what i should do?
Source

Some users report that their devices updated to iOS 15.4.1 consume up to 20% battery during the night (while in sleep), which is clearly excessive.

Hey having an Iphone 13 pro here, 100% battery health. The thing is im getting at least -20% overnight with no app usage in the details. This time i tried low power mode and airplane mode, only wifi. I deactivated Siri also cause i have a night with -40% thanks to Siri usage. No background refresh this time due to Low Power Mode activated.Also i closed all apps before going to sleep. I only got a few whatsapps messages and mails last night. and of course i got an awful battery life during the day.
Source

The update also decalibrates battery for some

The update in question could also have decalibrated the battery capacity system for some users.

According to reports, the percentage of available battery constantly changes erratically, without offering the real values of available power.

What is going on with Battery Percentage using iOS 15.4.1?

Left my iPhone 6S Plus to charge last night and in the morning I opened a few apps on my phone at with battery at 100% then it suddenly restarted without warning.

Manually restarted the phone and the battery percentage changed to 97%.
Source

At the moment there is no official acknowledgment on the issue from Apple. We will update this story if new related developments emerge in the future.

03:58 pm (IST): Those who have recently updated their iPhones to iOS 15.6 are now reporting (1, 2) battery draining issues with their handsets.

Here are some user reports for reference:

iOS 15.6 is causing a battery drain on my iPhone 12. Thought it would fix the battery issue. Anyone else facing this problem? #ios156 (Source)

Hey @Apple am noticing some battery drain on iOS 15.6 since updating from 15.5… (Source)

Anyone else having AWFUL battery life on iOS 15.6? (Source)

Unfortunately, Apple has not yet acknowledged this issue. However, we will keep you updated with the latest developments as and when we come across anything noteworthy. 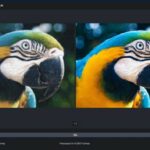