The wait is nearly over. MultiVersus, a free-to-play crossover fighting game developed by Player First Games and published by Warner Bros., will release its open beta program on Tuesday, July 26.

In its early access stage, the game has been impressive and if you are a fan of Warner Bros. characters like Batman, Shaggy, Superman, Bugs Bunny & more, you will definitely enjoy it.

But a few weeks ago, players complained about a glitch where Taz becomes invisible on PlayStation Recently, the beta code was not working on PS4 & PS5 consoles.

According to fresh reports, many players are not able to complete ‘Knockback Influence’ training or tutorial (1,2,3,4,5).

They are stuck at the second part of the Knockback Influence training where it asks them to hold ‘down’ & ‘left’ options to keep them from being rung out. Instead, they always get hit by Wonder Woman.

@multiversus @wbgames can you guys please fix the “Knockback Influence” section in the Advanced Tutorials? The enemy doesn’t hit when the module starts, and then proceeds to not hit any more to finish the lesson.
Source

The Knockback Influence training seems to be messed up. I’ve tried to do every angle of KBI to stay alive during the Wonder Woman part that says “Hold down and left.” I just can’t keep her from going too high and dying.
Source

There is no official acknowledgment of the Knockback Influence issue from MultiVersus developers just yet.

We have come across some workarounds that you can try to mitigate the problem. Firstly, on PlayStation, try bringing up the system menu as you get hit.

Secondly, spamming pause seems to resolve the issue for others.

Rest assured, we will be keeping an eye out on the matter and update this space when we come across more information so make sure you stay tuned to PiunikaWeb. 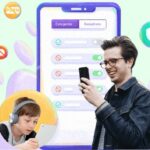