A few weeks ago, Samsung started the rollout of One UI 4 update (Android 12) to its premium insignia smartphones Galaxy S21 and S21 Ultra. Since then, users have been discovering some points to improve.
Among the problems found, multiple reports indicate that One UI 4.0 update brought issues related to the mobile network, Wi-Fi and data connection to the Samsung Galaxy S21 Ultra.

The most recent version of Samsung’s custom interface reportedly affected the aspect of connectivity at all levels for some unfortunate users (1, 2, 3).

First, some report erratic Wi-Fi behavior on their devices. This produces extremely slow speeds, and is only corrected by disconnecting and reconnecting the phone from the Wi-Fi network (1, 2, 3, 4, 5, 6).

Many times when I come back within range of my router, the wifi will connect at extremely slow speeds. Disabling and re-enabling the wifi seems to fix the issue, but I’m trying to figure out what is causing it. The S21 is the first phone I’ve had that seems to have this auto-connect issue. Any ideas?
Source

Mobile Network and data issues on Galaxy S21 Ultra too

In addition to the above, the mobile network of the device also presents issues for some. According to reports, 5G connectivity is ‘broken’ and is constantly dropping. So, the users have to set 4G network.

Hey guys, I’m having issues keeping a 5G connection on my S21U after the OneUI 4 update, constantly dropping out and I have to limit myself down to 4G service. I’ve tried replacing sims, network settings reset, multiple restarts, none of which have solved my problem. My carrier is blaming the new update but i’m wondering if anyone has a better understanding as to how to fix it. Thanks
Source

This problem also reportedly affects the mobile data connection, and users are unable to enjoy the full speed of their 5G connections as they are forced to use LTE.

Not any help but my dad just got a S21 256GB model and did a full update. The phone ended up not having working 5G at all, but LTE was fine.

So happy to spend 6 hours on anydesk helping him set it up just to have to send it back.

Factory reset didn’t help, and network seems to be set to 5G correctly and the SIM card worked correctly in other phones.

So maybe they did mess up something on the OneUI 4.0 update.
Source

But, in some more unfortunate cases, not even setting the 4G/LTE network helps. There are users who report an unstable mobile data connection while using LTE, even with full signal bar.

Many of the reports agree that their issues started after the update to One UI 4 (Android 12). However, there are reports of connectivity problems on the Galaxy S21 Ultra running Android 11.

At the moment, there is no official acknowledgment from Samsung of the issues. So, it only remains to wait and see if new related developments emerge in the next few days.

Finally, if you want to be aware of everything, you can check the bug/issues tracker dedicated to One UI 4, as well as the Samsung Galaxy S21 series tracker.

01:12 pm (IST): Some Galaxy S21 Ultra owners have again started complaining of network issues where the connection is dropping from 5G to LTE or LTE+ after the recent update.

Moreover, users are reporting that call audio is dropping on LTE as the device is rapidly switching between LTE and LTE+. And the only solution to this issue is to force the device to a 3G network. Unfortunately, Samsung has not yet acknowledged this issue. 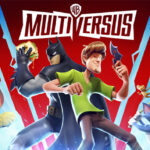