It is coming to light that some YouTube TV users are now seeing PiP support on their iOS and iPadOS devices. This is interesting as on the official support page, Google says the function isn’t supported on iOS and iPad.

This stance could therefore be changing as we have a few reports popping up that it’s now supported. We shall continue to keep an eye on this so stay tuned.

Vinegar is a new Safari extension for iPhone, iPad, and Mac. It was released earlier this month with the goal of replacing the YouTube player with a minimal HTML player.

YouTube has reportedly pushed the availability of picture-in-picture mode by two weeks for premium subscribers. It will now be available until February 14, as an experimental feature for devices running iOS 14 or later.

10:21 am (IST): YouTube has reportedly removed the Picture-in-picture experimental feature for iOS users. It was available for YouTube premium users.

Moreover, the company has also announced via a tweet (now deleted) that it is rolling out Picture-in-picture mode for all the users running iOS 15 or later in the US.

12:53 pm (IST): TeamYouTube on Twitter has informed users that PiP was made available temporarily on iOS for Premium subscribers. And they are working to make it accessible widely.

10:02 pm (IST): In response to multiple complaints related to the disappearance of YouTube PiP feature on iOS devices (1, 2, 3, 4), the YouTube team notes that the company is currently working on the implementation.

However, there are no details of an ETA for it yet. So, iOS users can only wait for more updates in this regard.

11:55 am (IST): YouTube support on Twitter has informed users that PiP (Picture in Picture) mode is now gradually rolling out for iPhone and iPad users.

it’s happening! ✨ picture-in-picture is slowly rolling out for YouTube on iPhone & iPad, & just like on Android, will be avail to:

– non-Premium members in US (non-music only) (Source)

11:51 am (IST): YouTube support has acknowledged the issue where users are getting ‘Music content cannot be played in PiP’ error even when playing non-music video. Moreover, they are currently investigating it.

06:20 pm (IST): During the rollout phase, some YouTube users on iOS had already received the ‘PiP’ option in the app settings. They only had to activate a switch to start using the feature.

But multiple reports indicate that even after receiving and enabling the ‘PiP’ option in app settings, many users are still unable to use it (1, 2, 3, 4, 5).

Luckily, the YouTube team has acknowledged the issue and is working on a fix.

Some Wyze users unable to update their devices, issue acknowledged (workaround for bulbs inside) 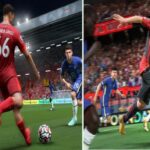