[Poll results out] YouTube Shorts: 6 features Google should add in 2022

It took no time for YouTube Shorts to make an onslaught on TikTok’s dominance in the short video segment following its launch in September 2020.

As of this writing, at least 15 million creators have already created and shared 316 million shorts and counting. This says a lot about how well YouTube creators and viewers alike have embraced the short form videos.

Having had little to do with TikTok and Instagram Reels apart from the few videos that often pop up on my Twitter timeline, I must admit it took a while before I invested a few hours of my time to watch YouTube Shorts.

After all, the general consensus has been that YouTube Shorts is Google’s answer to TikTok and Reels, which further alienated me from interacting with shorts. But things change, and so do opinions and feelings.

I have recently been spending time watching YouTube Shorts and while there’s no doubt creators are doing a great job, there are several features that I think Google can add for a superior end user experience.

There’s no denying that YouTube Shorts is here to stay. In fact, like TikTok and Reels, Shorts are only gaining more traction with each passing day.

Granted, competition will be growing much tougher, something that calls for continued innovation to bring new features that’ll keep YouTube Shorts in the long term conversation.

Besides new effects and editing tools, replying to individual comments using another Short, and monetization options planned for this year, here are 6 other features I’d like Google to add to YouTube Shorts as well. YouTube is my preferred destination for watching videos — be it documentaries, gadget reviews, educational, recipes, comedy, or even music.

While YouTube’s algorithm is mostly great at recommending content you may like, it is impossible to watch everything the platform suggests.

I often pick what to watch depending on the time I have on my hands. And having playback duration displayed on video thumbnails has always been a helpful tool in this regard.

This way, I can easily tell how long a video will last before playing it. Unfortunately, there’s no such feature on YouTube Shorts.

Sure, Shorts have a maximum duration of 60 seconds. While this might not seem long, it would still be handy if viewers could see the time they’ll be spending on a video beforehand for planning purposes.

YouTube Shorts are designed to auto-play when you open a video. However, one thing I didn’t really like is the auto-replay feature.

Once a short ends, playback automatically resumes regardless of whether the viewer had the intention to play it back or not.

While I have no problem with auto-play when you first open a short, Google needs to reconsider the auto-replay feature so that viewers have control on whether or not to re-watch a video. As it stands, the system decides for you.

Besides adding playback duration to Shorts thumbnails, a playback timeline is among the few useful features that Google should consider adding to YouTube Shorts.

Let’s say you are watching a 60-second Short and feel like you missed something a few seconds back. As it stands, the video will have to end and then play back again from the beginning so that you can re-watch what you missed. But with a playback timeline, viewers should be able to skip to certain parts of the video and watch or listen again to whatever thing they missed rather than start all over again.

Even for such short videos, the ability to rewind and fast-forward through videos would come in handy when watching Shorts, especially on a PC.

It doesn’t have to be part of the YouTube Shorts UI, instead, Google can make use of the keyboard arrow keys for these features.

With the ability to rewind or fast-forward, viewers should be able to skip back and forth on the timeline depending on what they are looking for, which adds more control and flexibility for the end user.

As noted earlier, 15 million YouTubers have created over 316 million Shorts as of this writing. With such massive numbers at play, there was always going to be an issue with spamming.

Some creators publish multiple Shorts a day that eventually flood YouTube video search results with Shorts, yet there’s no way to filter them out from the results.

Having Shorts appear in search results makes finding good quality content quite the hassle because this content is overshadowed by Shorts spam.

Adding an option to filter out Shorts from YouTube video search results is a sure way to fix this issue, and I hope Google will consider it sooner rather than later.

Even though YouTube has a separate Shorts tab or section on mobile and desktop, Shorts still end up in the Home section.

The result is that viewers of normal videos may get spammed with Shorts of things they don’t really like, something that can be fixed by separating the Shorts feed from the videos feed.

Since Shorts carter to a whole different audience compared to traditional YouTube videos, it is crucial that Google allows these audiences to better filter their content to suit their watching needs.

Of course, as someone who has only joined the Shorts bandwagon recently, I may be over-expectant and probably a little out of touch with the rest of the fan base, which is why I’d like to hear your thoughts in the comments.

We also have a Twitter poll below that you can participate in, with the results to be revealed after a week.

[POLL] Which feature should YouTube Shorts add first in 2022?

Vote below and read our article here: https://t.co/gfHkO0S6Ag

From the poll results, over 66% are more interested in a separate feed for Shorts while the rest are leaning towards the addition of playback controls. 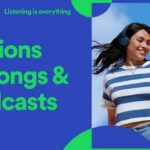