Oculus Quest devices are the most affordable VR headsets from Oculus. They also have the advantage of integrating all the necessary hardware in one product.

There are currently two generations in the lineup: Oculus Quest 1 and Oculus Quest 2. Both receive constant support from Meta (formerly Facebook) with updates and new content.

However, over the past few days, Oculus Quest devices have been experiencing performance and functionality issues.

Currently, many Oculus Quest users are experiencing an issue where their devices are not connecting to their PCs via Air Link or Cable Link.

Oculus Quest devices allow you to connect to a more powerful hardware to enjoy latest generation VR games using the ‘mirror’ method. That is, receiving the image from the most capable device, wired and wireless.

For this, the VR headsets offer the Air Link or Cable Link features. However, according to multiple reports, many Oculus Quest devices are unable to connect wirelessly via Air Link.

Im trying to pair my quest 2 to my pc but every time I try my headset goes black then goes back to standalone mode and my pc just says unable to fine headset please connect headset. I also have to restart my pc to try pairing my headset again
Source

So this issue appeared a few days ago, before that it would connect with zero problems. When I connect it with the PC via a Hotspot on an android phone it works fine, but I get no internet that way. Idk if an update screw it up or what, but I tried reinstalling/repairing the PC app to no avail.
Source

Not only the Air Link connectivity feature is affected by the problem. Even Oculus Quest devices ‘Cable Link’ feature is not working properly, not allowing connection with a more powerful device.

I used to connect my Quest2 to my laptop easily, but now it’s no longer working.
The oculus app on my PC doesn’t recognize it and the popup “connect to PC” on the quest doesn’t appear.
I’m able to connect via air link, but my rooter is not fast enough, so it’s lagging.
Source

Air Link will not work! I’ve tried pretty much anything!

Hey, I have tried pretty much everything to make the wireless airlink with the Oculus Quest 2 work. I have games on Steam that I really want to play, and I cannot connect my Quest 2 with my computer at all. I have tried the task manager method, I have tried wired connection.
Source

In some cases, connection via Cable Link is possible, but many disconnections occur during use. So, currently the feature is practically unusable for many.

The v41 update could be the cause of the connectivity issues

In June, Oculus Quest devices received the v41 update. However, it came fraught with performance issues, as we recently reported.

Multiple reports about the connectivity issue confirm that affected users updated their Oculus Quest devices to the latest v41 version. So, it is possible that the connectivity problems are another consequence of the update.

There is no official acknowledgment on the issue from the Oculus team yet. We will update this story once new related details emerge.

06:37 pm (IST): Some Oculus Quest users are able to use the Cable Link connection, but they get pixelated and blurry graphics that make the feature unusable for now.

06:32 pm (IST): The Oculus support team has begun to request feedback from users affected by the issue to begin investigating and working on a fix.

Thank you for the in-depth description of what’s going on and what you’ve already tried! At this moment, we can think of a few things that could be happening, but we’d like to make sure with you. Could you reach out to our Support team so that we can collect some more information and files from you for analysis?
Source 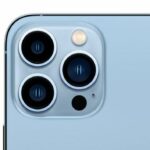