Launched in 2017, Fortnite still remains one of the most popular Battle Royale titles to date. The game gained massive popularity thanks to the unique combination of building and shooting.

In 2021, it had somewhere around 400 million registered players and generated more than $5.8 billion in revenue, making it one of the most successful video games of all time. However, recent reports from those playing Fortnite on Switch seem to be facing an issue where players are unable to do anything after they use mantle (1,2,3,4,5,6,7,8,9,10).

This is making many rage quit since the game prevents you from doing anything. While downing or respawning fixes the issue, players suggest it can happen more than once in a single match.

Anybody having a problem with mantling? Usually when I’m playing , I mantle and I am sure a lot of other players do . But for the past 3-4 days I try to avoid it as much as possible because I have been running into a constant problem where if I mantle I have a chance of just getting out of the mantle and just walking awkwardly not being able to build or anything . My directions for forward, back , left and right all get flipped .
(Source)

I play on Switch, and 2 times, I grabbed a ledge to climb it and after climbing I was forced into a glitches state where I was forced to look west no matter and it was locked like that no matter what I did. I could do anything with my irems or inventory, I couldn’t interact with anything, I couldn’t get in vehicles or hiding spots, I couldn’t sprint, slide, or mantle. I could never find a way to fix this.
(Source)

As it turns out, Fortnite developers are aware of the mantle bug on the Nintendo Switch and are currently investigating the problem. However, they did not share any ETA on when it will be fixed.

We are aware of an issue causing Switch and Mobile players to lose functionality after Mantling or Sliding. An update will be provided when we have more information.
(Source)

We hope they release an update that resolves the problem since the game is unplayable on Nintendo Switch right now. As always, we will be updating this space when we come across more information.

In the meantime, make sure you check out our dedicated Fortnite bugs and issues tracker to see similar issues affecting players. 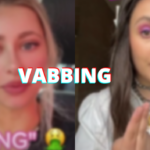 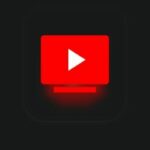