YouTube, the most popular video platform in the world, offers multiple options and features that improve the user experience.

YouTube users can create video playlists, either to watch later or simply to keep them easily accessible. The playlists offer different sorting options, including automatic and manual sorting.

However, it appears that the YouTube playlists manual sorting option is not working correctly, as many users are unable to use drag and drop to change videos order.

To manually change the video order in a YouTube playlist, users can use ‘drag and drop’. But, currently many YouTube users cannot manually sort the videos in their playlists.

Once YouTube users try to drag and drop playlist videos, they return to their original position.

One should normally be able to click the 3 dots next to a video in a playlist, hold, and drag said video’s position up in down in the queue. However, when I click, hold, and attempt to drag a video to a desired position in queue, the queue neither opens up to fit the video nor does the video change to the desired position upon releasing click. The video that is dragged and dropped snaps back to its original position.
Source

Manually Reordering Videos in a Playlist

In my very short Watch Later list, I can no longer drag and drop videos to change their order. I used to be able to. I’m on PC and using the current version of Chrome.

When I click and start to drag from the 3 lines icon on the video, it disappears from the playlist. Completely. Even the scroll bar gets smaller like the video was removed.
Source

The YouTube team is already aware of the issue and is investigating. However, there is no ETA for a fix yet.

In the meantime, there is a workaround that helps mitigate the issue. As we mentioned before, YouTube apps are not affected, so you can reorder your playlists through them.

Oh, and I dunno if this will help or if you guys already know, but I can still arrange them on the app on my phone, and the next time I load the playlist on the PC, they’re in the right order. So that’s my current workaround.
Source

We will update this story once new developments emerge in this regard. 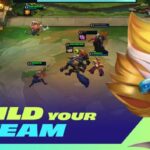