[Updated] Minecraft 'not updating to v1.19 on Xbox' (workaround inside); 'Realms not working on Switch' after update issue reported by many

Ever since its release in November of 2011, Minecraft has taken the internet by storm. Over the years, the sandbox game has developed into a phenomenon with more than 170 million monthly active players worldwide.

Developed and published by Mojang Studios, players are placed in a procedurally generated world where they are able to build whatever they want to. Unable to update Minecraft to v1.19 on Xbox

That said, Minecraft players are now reporting an issue where the game is not updating on Xbox to v1.19 (1,2,3).

While some are unable to see the update on their system, others say they were able to update the game but nothing changed.

Players are frustrated since they can’t play the game with their friends. Generic troubleshooting steps such as restarting and reinstalling the game are not helping either.

I own a realm on minecraft Xbox one and my friend says he can’t join unless the realm updates. We both updated Minecraft but the realm says that an “update might come, check the store” but when I check the store it tells me to buy the game even though I have it. There’s no updates in the games and apps but every time I start Minecraft it says installation stopped. Help?
(Source)

I am on Bedrock edition and it is just stuck at v1.18.31 and I can’t get it to update in the Microsoft Store, it says last modified 5/10/2022 and it doesn’t have any updates available, every time i click “Get Updates” it does absolutely nothing. My computer is fully up to date and there are no pending updates, I have tried to download the new Minecraft Launcher on the Microsoft Store and that’s keeps failing and saying try again later. It still lets me play the Hive server but not realms due to “outdated client”.
(Source)

While Minecraft developers are yet to comment on the problem, we came across a workaround that might help in case the game is not updating on your Xbox.

A bunch of users said restarting their console caused the update to appear so you might as well give it a try. Some said they tried updating through the Store and that did the trick for them.

Unfortunately, Minecraft users are facing another issue where Realms are not working or players are unable to join them (1,2,3).

Some say they are getting a ‘Failed attempting to join realm. Please try again later’ error message.

I have a realm that I host for me and my friends, and my preferred way to play is on switch. but some reason it won’t let me onto my realm. it loads for like 4 minutes before saying it can’t connect. I have to do all updates on the realm through Xbox, because bedrock barely works. And on the said Xbox, it connects just fine. Does anyone know why?
(Source)

I get an error message saying that I’m unable to connect to the realm every time I try for the last hour. I have restarted my switch, restarted the game, all that and nothing resolves it. The internet is fine (I’m able to open the marketplace and stuff). I found a couple similar tickets about it on the mojang site but with no resolution… Anyone else having this issue? Or anyone know how I can fix it?
(Source)

We hope Minecraft developers soon fix the problem where the game is not updating on Xbox and players are unable to join Realms on Switch. If and when they do, we will update this space to reflect the same.

04:43 pm (IST): Mojang support team has confirmed on its bug tracker that the issue where players are getting ‘Unable to connect to realm’ error message has been resolved.

04:41 pm (IST): If you are still facing issues updating realm to 1.19 then you can try the workaround suggested by a player and see if it helps.

For whatever reason, the latest version is lower than the previous. So, gamers will have to update to v1.19.10 from V1.19.2. 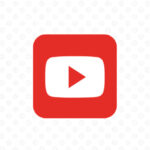