[Updated] Apex Legends players unable to heal, use abilities or open inventory after using a Replicator (workaround inside)

In the hero-shooters segment, Apex Legends is one of the most popular names. The game challenges the player to dominate dozens of warriors, each with their own unique abilities.

Apex Legends offers multiple game modes such as the classic deathmatch, team matches, a battle-royale mode and more. So, online shooters fans have multiple alternatives to choose from.

That said, many Apex Legends players are facing a bug where they are unable to heal, use abilities or open inventory after using a Replicator during matches.

According to multiple reports, a new Apex Legends bug prevents players from healing, using abilities, or exploring their inventory during matches.

The glitch is severe as it can block actions or commands essential to survive in battle.

So last game, I had a friend’s buttons not work at all except WASD and fire, they couldn’t jump or teleport as wraith or anything else. Naturally was frustrated.

The next game, In the middle of my game I couldn’t jump, but I could switch between weapons, fire, sprint, and duck…. Those were the only options available,

I couldn’t heal, pull up my inventory, use abilities , or ultimate’s. so as I lost health in a gun fight I couldn’t heal anymore.
Source

@playapex hey guys. love the new bug introduced with this recent update where you can’t heal, can’t open your inventory, can’t use your tactical abilities OR your ultimate. great stuff. thank you so much for this quality video game. /s
Source

Using replicators is causing the bug

Apparently, the ‘trigger’ of the bug is replicators. A replicator is an Apex Legends item that allows you to receive loot during matches by using certain materials.

But once you get a loot from a replicator, you will start to experience the problems described above.

New bug? After taking a shield battery out of the replicator, I can’t open the inventory, use abilities or heals. I managed to reproduce it on the video below. It fixes itself if I go back to the replicator. Has anyone encountered this bug before?
Source

Any ways to fix replicators bug?

Somehow after crafting things at replicator I cant open inventory and also cant even use heals/shields or abilites.Idk how abt u guys its happening to me like a lot.Im already losing some much ranked bcuz of this bug.So Im here asking for help.
Source

No official acknowledgment yet, potential workaround

At the moment, the only way to regain your ability to use healing, abilities, and inventory is to have a teammate revive you after being knocked down.

There is still no official statement on the issue from Respawn Entertainment. But we will update this story once new related developments emerge.

11:44 am (IST): One of our readers offers a workaround that helps to temporarily resolve the issue:

Found a solution, Alt+F4 or task manager and kill the game, reload the game and bug is gone. Just don’t use a replicator again in the same game because it will trigger again

Thank you for the tip, Kevin Chin.

11:51 am (IST): Some users suggested (1, 2) that using a Crafter may temporarily resolve this issue. So, you can give it a try and see if it works.

02:13 pm (IST): A Redditor has suggested that a solution to fix this bug is to use the replicator again. 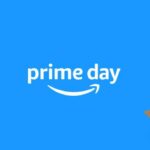 [Updated] Amazon Prime Day 'EGCPRIME22' code not working for many, but there's a potential workaround