There’s a new trend on TikTok called Stirfry and it’s making people spill all the tea.

The trend is probably named after the song ‘Stir Fry Speed Up’ by BMD Records, which also runs in the background of the videos.

Since the trend is all about revealing secrets, people are doing so with a peculiar twist.

It’s a harmless game where people reveal answers to questions like ‘someone I hate’, ‘someone super annoying’, or ‘TikTok crush’.

While answering these questions, Tiktokers show the glimpse of that person on their phone screens and also turn it away from the camera in a split second.

Since you all liked this trend

So, in the name of disclosing their secrets, TikTok users are in fact just teasing people.

We might not know who started the trend first but Tiktokers like Abbie Herbert, Nicky Champa, Brooke Monk and Keemo Kazi were some of the first few to take part in the trend.

Now, the tricky part is how do you trace the answers if they merely appear instantaneously.

Well, it’s pretty easy. You can simply take the screenshot, the moment Tiktokers turn their phone’s screen towards the camera. Like this:

In some videos, it is still not possible to ascertain who most people think the rudest or annoying Tiktoker is. Or who is the favourite Tiktoker of most people.

In that case, all you can do is guess until the original poster of the video confirms himself/ herself.

So, the Stirfry trend is a great way of calling people out as well as declaring who you think your celebrity crush is.

On the other hand, some people turned the trend into a quiz. For instance, The Hype House posted a video captioned “Who’d you spot?”and people answered in the comment section.

Moreover, it’s a fun way of keeping your audience hooked because who doesn’t like some gossip coming out straight from a celebrity like Abbie Herbert.

Needless to say, this trend is gaining a lot of traction and will continue to because of how engaging the trend is.

Nevertheless, we’ll be keeping a tab on the Stirfry trend and update the article accordingly. Also, don’t forget to post your valuable tip in the comment section below. 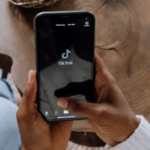