Adobe is a company focused on developing software for the creative field, offering multiple editing and animation tools.

‘After Effects’ is one of the most popular Adobe tools. The software includes many options that allow you to develop VFX effects and animations.

Adobe After Effects is available for Windows OS and macOS devices. However, it appears that macOS users have been experiencing multiple performance and stability issues.

Currently, many M1 Mac users are unable to save their projects, potentially causing loss of progress made.

M1 Mac Adobe After Effects unable to save project progress

According to multiple reports, Adobe After Effects users on M1 Mac devices cannot save their projects in development, as the software crashes or does not offer the option.

Also, the autosave feature is not working correctly.

AfterEffects will not save but pretends to save

I’ve seen other people have similar issues with AE. I am on a MAC, running the current (22.5.0) on Monterey 12.4. Ae has all the appropriate permissions. (I have reinstalled it several times now, no fixes).

It goes through the motions of saving, but when I need to come back to my work later, it’s simply gone. No autosaves either.
Source

Can’t save After Effects project file

This has been happening to me since I got my new M1 Macbook. I can’t save, save as, it’s not autosaving (even though it’s set up to), save isn’t greyed out, if I quit it’ll ask me if I want to save and even when I click yes it’s gone forever.
Source

Apparently, this issue is not exactly new. In fact, there are reports of users experiencing the same situation from many months ago.

Recently, the Adobe support team stated that the company is aware of the issue and investigating. But there is no ETA for a fix yet.

Thanks for trying that. We’re investigating this issue. Can you try creating a new user account on the machine for testing and run After Effects in it? Let us know if you’re able to save projects in the new user account. ^NK
Source

Until new related developments emerge, there are some potential workarounds that could help you. First, you can try to clear the cache of your M1 Mac:

In some cases, Adobe After Effects reportedly saves projects in progress (via the ‘autosave’ feature) if the user has an active internet connection when working.

The only thing that seems to keep it working is to have it connected to the internet while I’m working. Otherwise no saves at all.
Source

Alternatively, you can also switch your project color depth from 16-bit to 8-bit:

We will update this story once new events on the matter emerge. 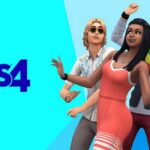 [Updated] The Sims 4 'Gallery' down or not working? Here's what we know so far Arcadegeddon players unable to link Epic Games account on PlayStation, issue being looked into (workaround inside)