Arcadegeddon players unable to link Epic Games account on PlayStation, issue being looked into (workaround inside)

Arcadegeddon is the latest multiplayer third-person shooter developed by Epic Games. Although it has been available since last year in beta form, the global launch happened at the beginning of this month (July).

Arcadegeddon is a frenetic multiplayer team-based game whose matches combine PVE and PVP. That is, you will not only face rival teams, but also enemies emerging from the environment.

The game also implements an attractive and light-hearted graphic style in addition to its affordable hardware requirements.

The Arcadegeddon matches present a lot of variety since you can also explore the map to collect loot, complete minigames and more. The game even supports crossplay between PC and consoles.

That said, currently, Arcadegeddon players on PlayStation are facing an issue where they are unable to link their Epic Games account.

According to reports, the problem has been occurring since the game’s global release, but there is no official solution yet.

Not able to link on PS5

Is anyone else not able to link their epic account in arcadegeddon? I’ve tried un-linking my psn account on the EGS, and still when I press r1 in the home menu of arcadegeddon to link, I get “please wait” forever and have to close the app.
Source

The issue prevents Arcadegeddon players on PlayStation from enjoying the crossplay feature with their friends on PC, as this requires linking an Epic Games account.

@Arcadegeddon PS4 Players still haven issues linking their epic account, is there a fix yet? Or coming? Im on pc and can’t play with friends cause it keeps freezing on them.. Help?
Source

i bought the game to play with my playstation mates, but there isnt a way yo link my epic games account like they could so i cant play with them. do you know when ill be able to play cross platform
Source

Option not available on Xbox yet

If you play Arcadegeddon on Xbox and can’t find the option to link your Epic Games account, don’t worry. Currently, the option is not available on Xbox consoles, so it is the expected behavior.

The Epic Games team is already aware of the issue and working on a fix, but an ETA has not been revealed yet.

We are aware of this issue and are looking into a fix. Thanks for your patience.
Source

In the meantime, the following workaround has helped multiple players link their Epic Games accounts with PSN:

Another player offers a tip for the workaround to work correctly:

This helped immediately. Thank you for the advice. To anyone saying it didn’t work, please make sure after you close the game and restart it that you disconnect Epic Games from PSN and then connect via the game rather than the Epic Games site. Gives you the url and a code and it worked immediately.
Source 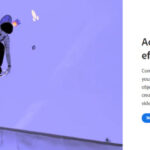